Warming and spicy, this homemade ginger and black pepper ice cream is lovely by itself or alongside richer desserts. 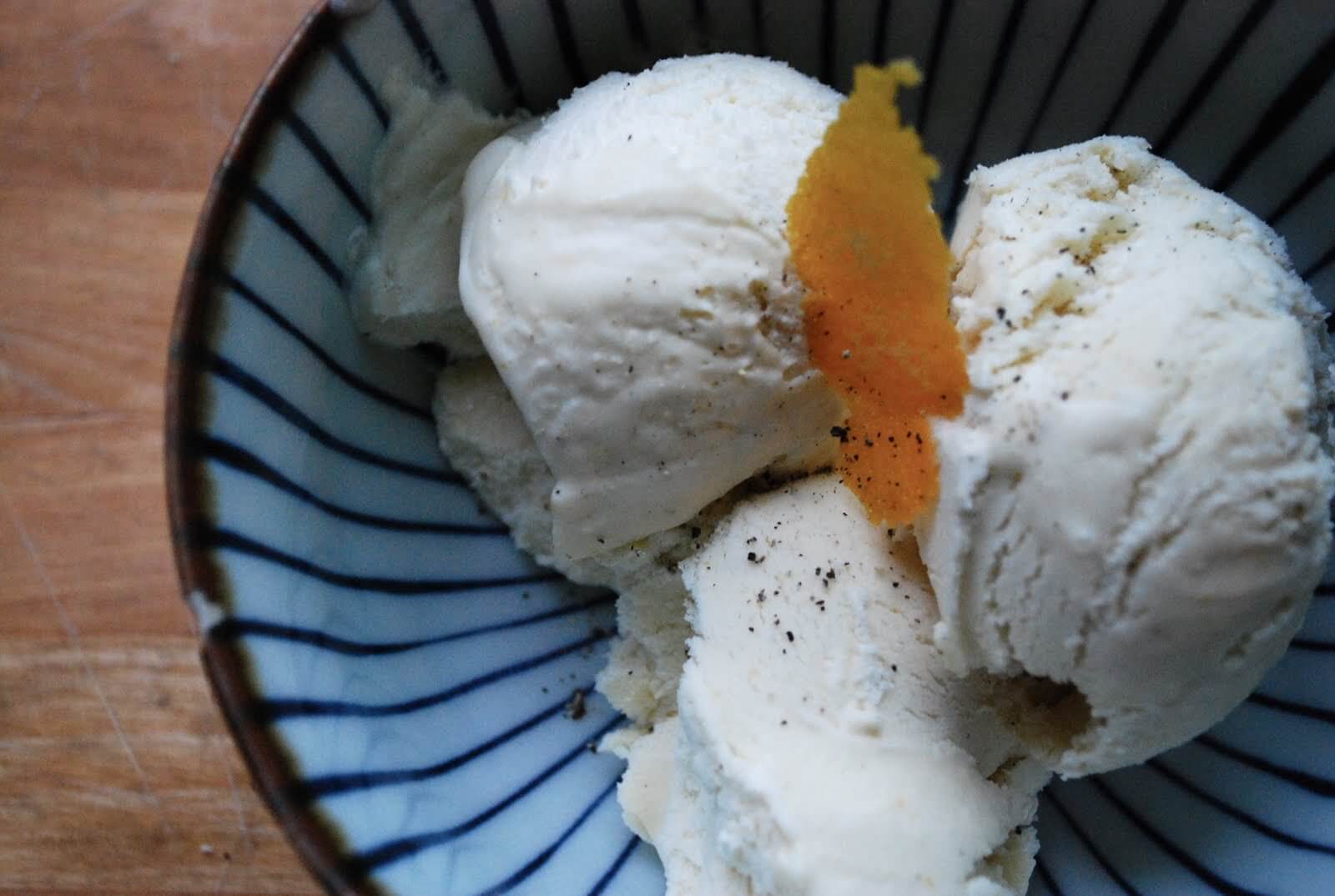 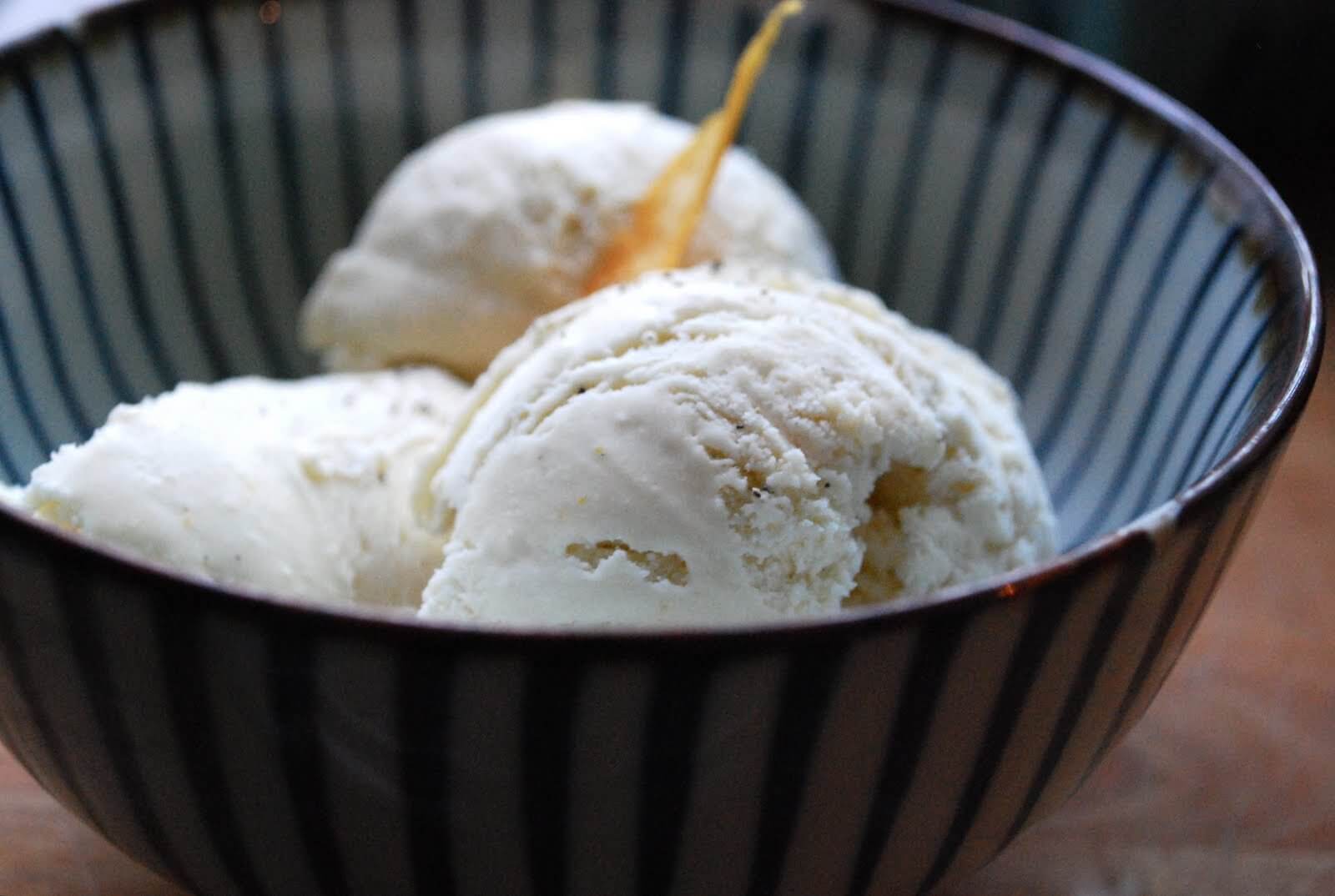 If you ever lived in Charlottesville, VA in the late 90s or early oughts you probably saw a bunch of bands in the basement of the Tokyo Rose. Those, my friends, were the days. Night after night of crazy, perfect, awesome shows and upstairs amazing sushi. Almost every friend I have worked there in some capacity at some point. I spent my youth eating sushi and listening to indie rock all at the same place. Sniff, the Tokyo Rose, that version, is gone and the heyday of indie rock is on the downswing, but I can still pop open a Kirin Ichiban and have some ginger ice cream.

Homemade fresh ginger ice cream is an upgrade from the standard sushi restaurant fare, but it still has that amazing warm flavor that comes from frozen cream, which would be comforting even if it didn’t flood you with a wave of nostalgia for your squandered youth. 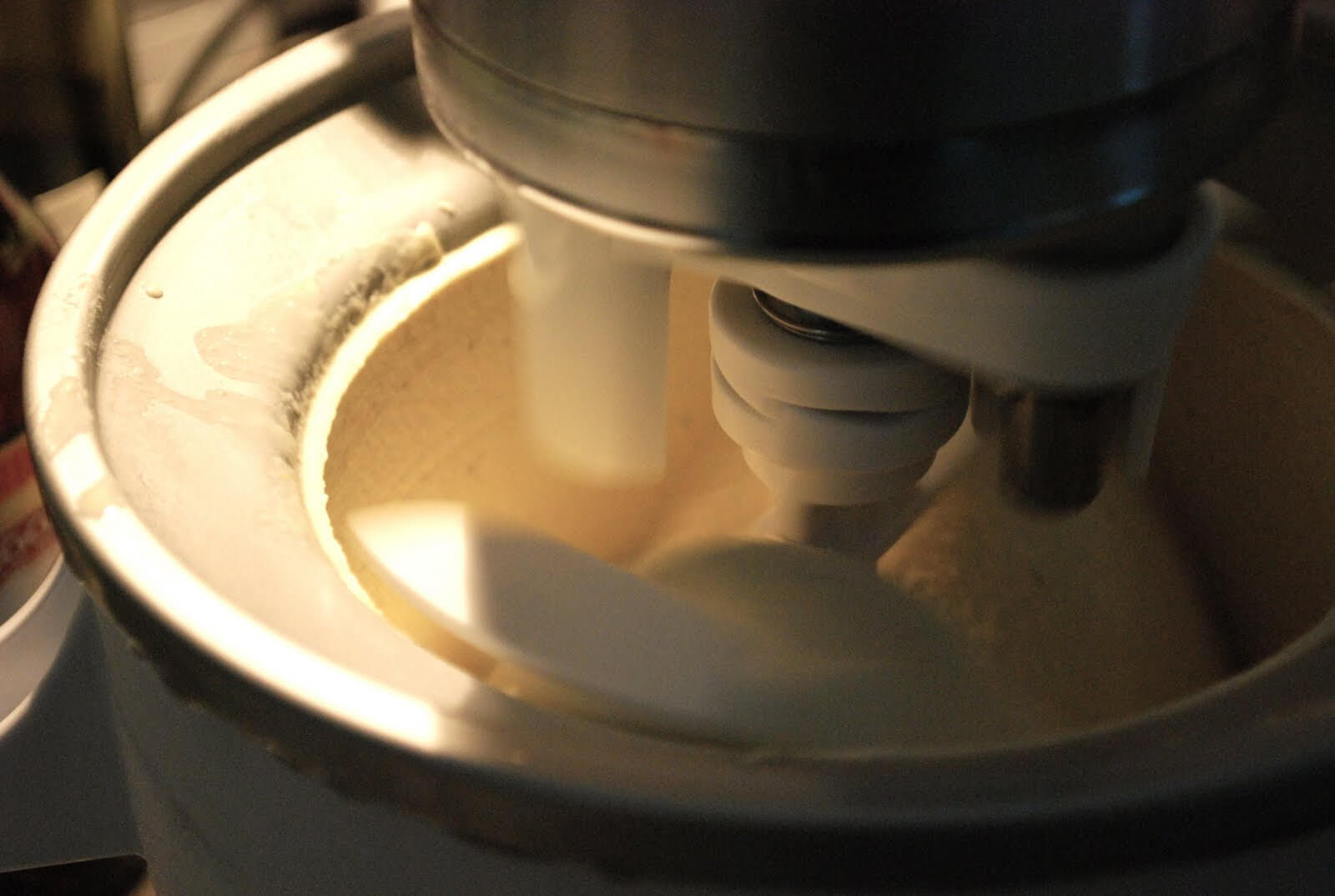 Ginger’s bright, crisp flavor and mild heat is a great counterpoint to fall foods. After curing for a few days the cream fully absorbs the ginger and orange, and the ice cream is silky with a little bite. I guess all homemade ice cream is festive, but this ice cream is especially so. You could even make the argument that you need to eat it after a big meal; ginger, after all, is a digestive aid.

Warming and spicy, this homemade ginger and black pepper ice cream is lovely by itself or alongside richer desserts. Recipe adapted from the Big Sur Bakery Cookbook, by Michelle Wojtowicz, Phillip Wojtowicz, Michael Gilson and Catherine Price