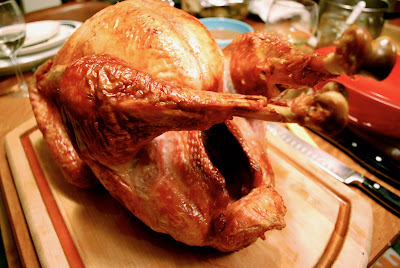 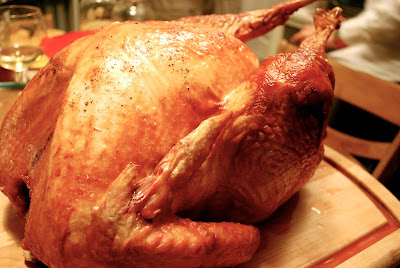 At Brooklyn Supper, we make an effort to keep things local and organic, but we try not to go crazy about it. Sometimes you need a banana or a lemon. Or sugar or coffee. And around mid-March, you think you’re going to go crazy if you eat another root vegetable. But when we have a choice, we like to get things at the farmers’ market or one of the local butchers, which I know comes off to some people as something snobby and even silly.

The topic of food snobbery came up at Thanksgiving. One of our many fantastic guests was our friend Patrick who owns the Hamdingers cart (check it out if you’re ever in Charlottesville, Va.) which focuses on local, organic street food. Patrick was saying that a lot of times people come up to the cart and ask what’s with all the organic food and why doesn’t he just sell “normal food,” which got us to talking about what “normal food” is.

It’s a weird thing that a fast food burger, full of hormones and cows who were fed cows, served on a bun with all kinds of weird ingredients is normal, but the kind of food that almost everyone ate for centuries is some kind of fancy-pants thing. But that’s how it is, so this Thanksgiving, we put on our loosest-fitting fancy pants and dug in.

To begin, we had fresh apple butter (made by our youngest guest), goat cheese, pate that Patrick picked up at Marlow and Daughters, and brie. Then we moved on to home-made pickles–kohlrabi, grape, and carrot. We also had grape salsa with brie on crostini. Then we sat down for soup, an amazing turkey, and a rainbow of sides. And finally, we ended with fresh pumpkin pie and real ginger ice cream.

The bird was perfect. When I ordered it, the butcher thought they would top out at 16 lbs., so I put on my request form that I wanted the biggest one I could get. I ended up with a 21 lb. bird that we could barely get into the oven, but that was ok since we had a little help from our wonderful neighbors, and a large toaster oven. Our hearts were certainly warmed by the company (mostly old friends, and some new ones), which was good because the turkey cooked a lot faster than expected and was lukewarm by the time we sat down. But it was alright, gravy fixes everything, we had each other, and all the dishes our friends brought- squash soup, potato gratin, roasted root vegetables, stuffing, and green salad- were fantastic. It was really, really great to share such a delicious meal with so many dear friends, and the potluck atmosphere was just right for the evening.

We had a long, borrowed table set up diagonally to fit in the room, and with a couple of tablecloths and candles it was just right. By the end of the evening, we even had a father and son passed out on the sofa with the football game on.

p.s. Why don’t we eat gravy more often? Expect to see a lot more dishes with gravy on Brooklyn Supper in the coming year. 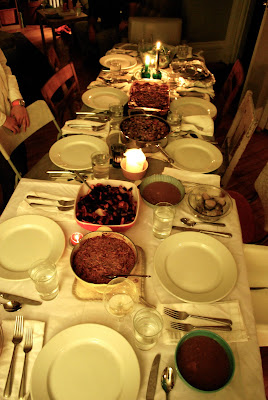 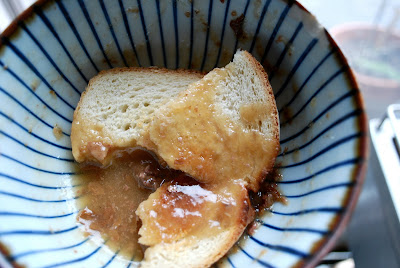 (Toast with gravy the morning after–sublime) 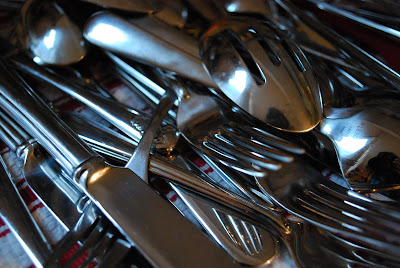 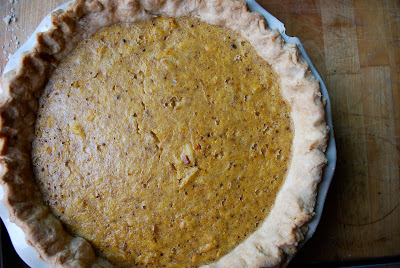 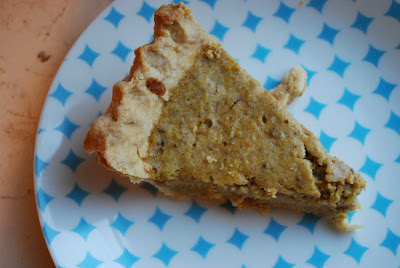