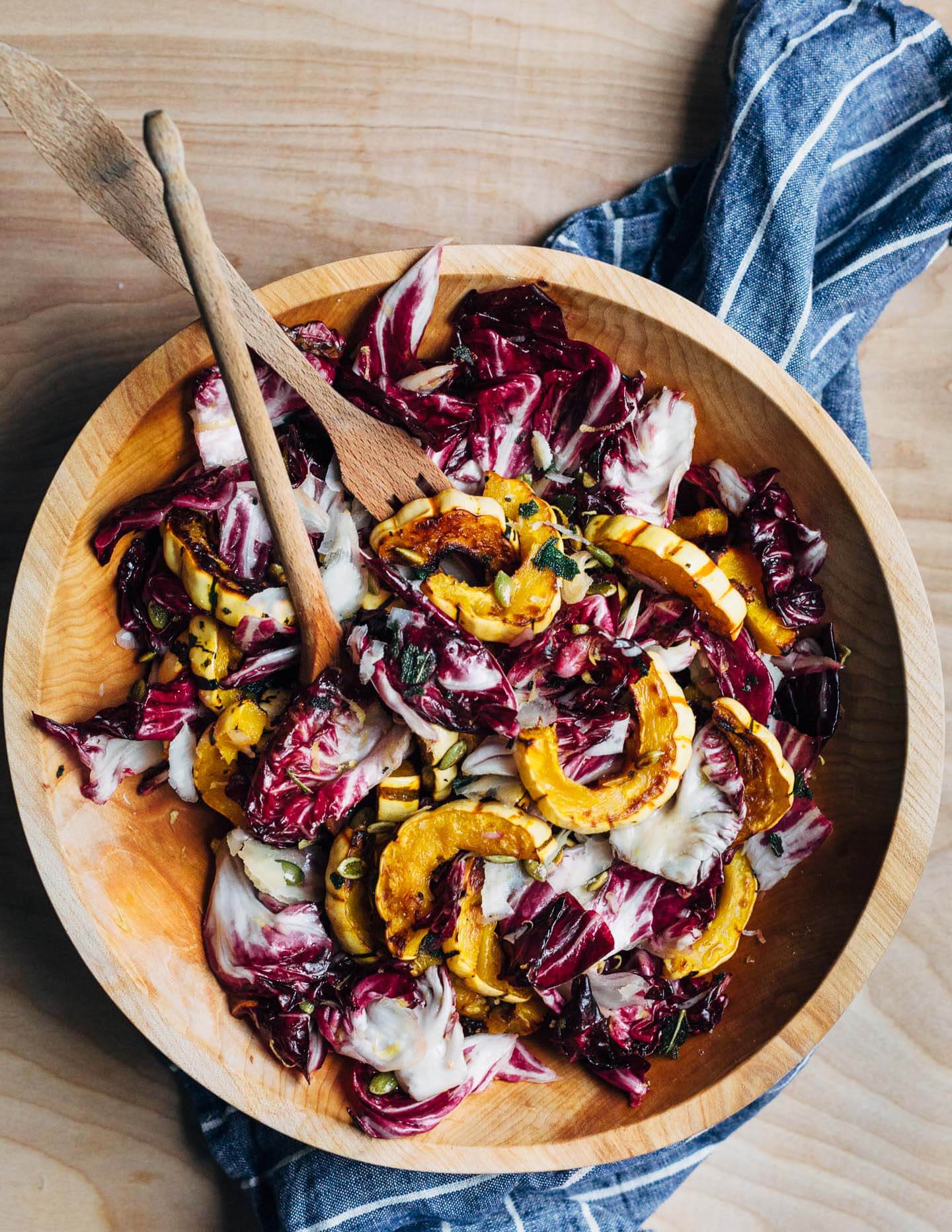 An autumnal radicchio and roasted delicata squash salad tossed in a lemon-maple dressing, and topped with salty pepitas, fried sage leaves, and Parmesan. Jump to recipe.

After a summer spent dressing greens in a minimal combination of oil, lemon, and salt, I’ve been reacquainting myself with roasted vegetable salads. The oven concentrates flavors, creating crisp, caramelized edges and soft, yielding interiors. Fall salads can come together nicely right there on the roasting pan (a trick I learned from my friend Emilie). Tossed in the pan, the dressing picks up all the brown bits and melts into the warm vegetables, while hardy leaves soften and wilt just enough. 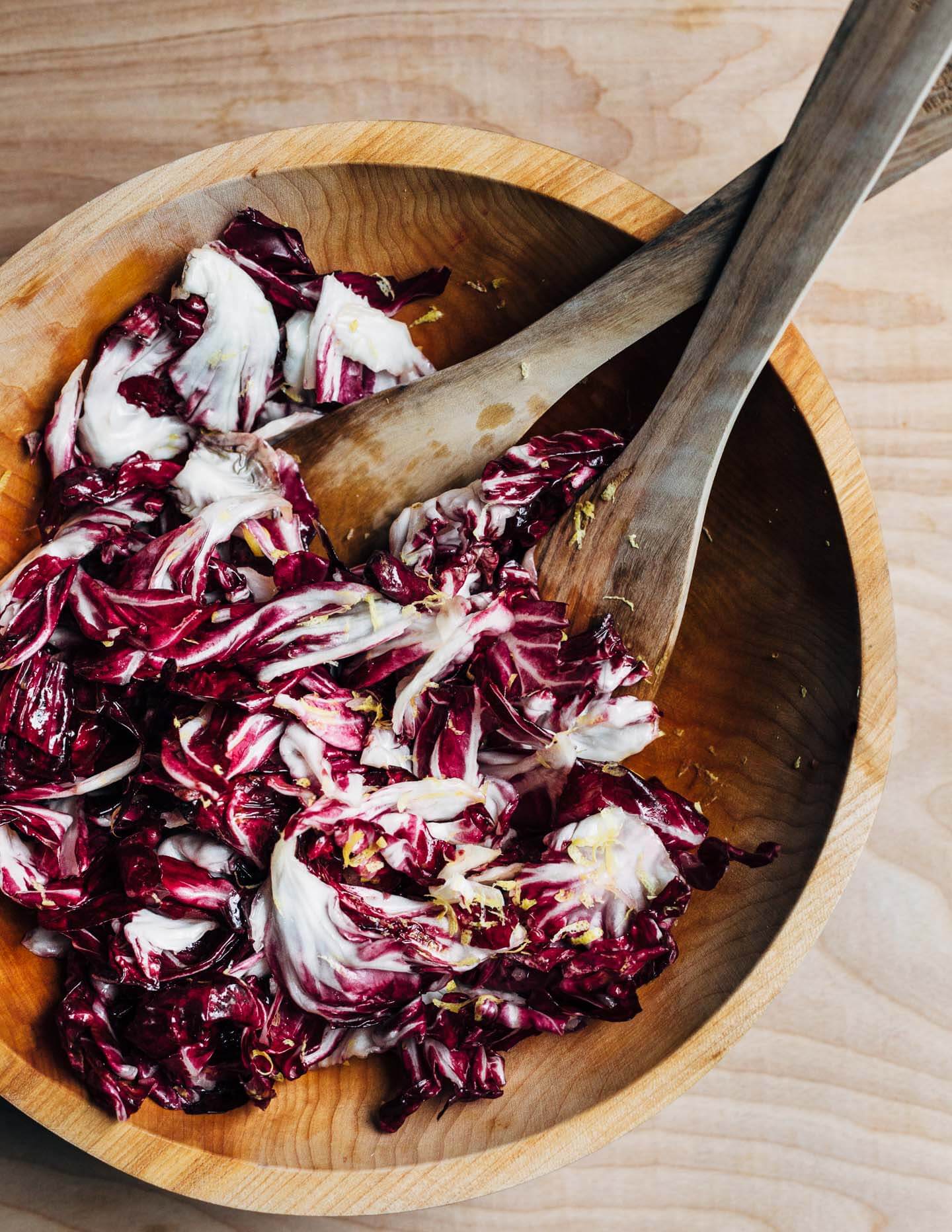 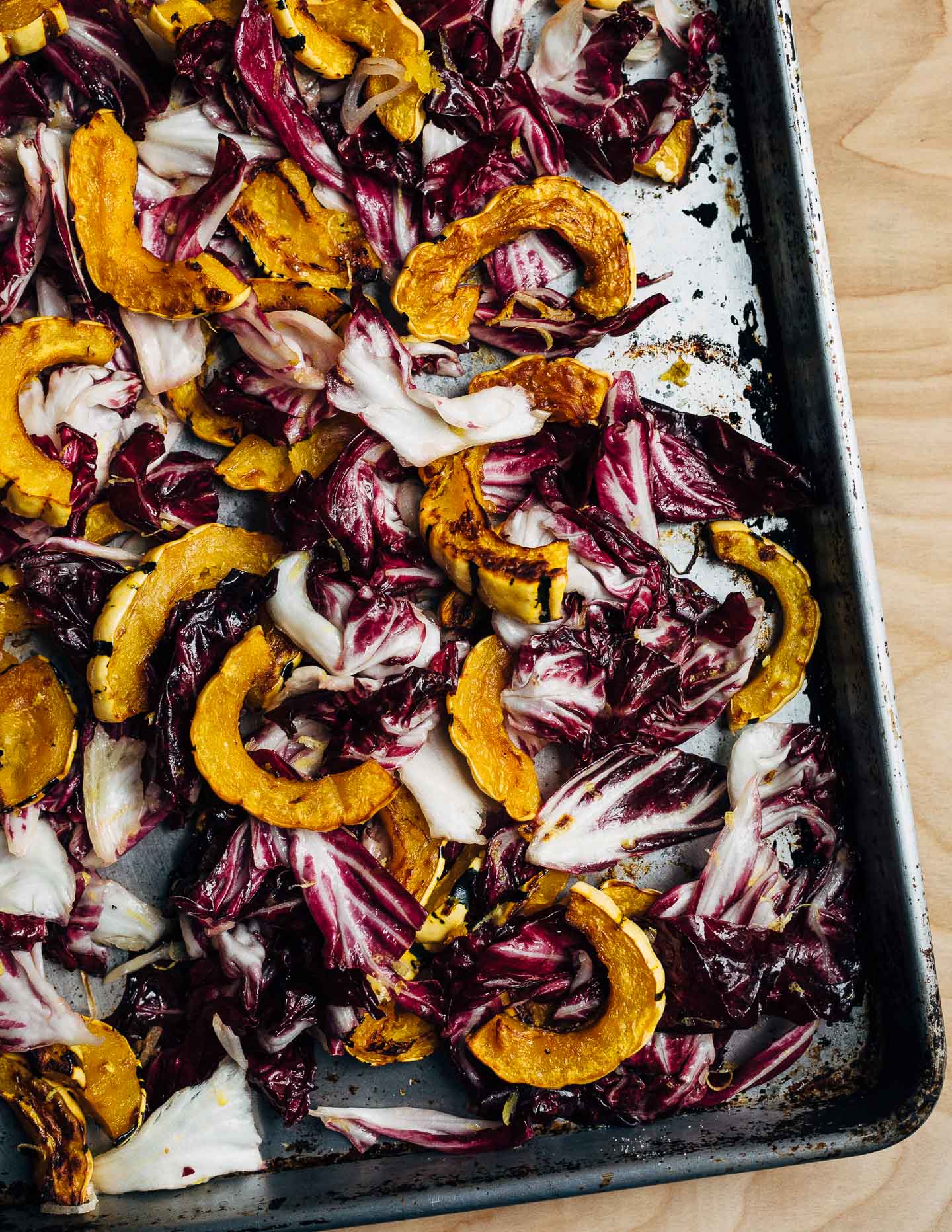 This particular fall salad combines caramelized roasted delicata squash and wilted radicchio. The vegetables are tossed with a lemon-maple dressing and topped with toasted pepitas and fried sage. Delicata squash lives up to its name, cooking up buttery and faintly honeyed – not nearly as sweet as some other winter squash. The sweetness and acid in the dressing temper radicchio’s bitter edge, and the pepitas and sage lend crunch and depth to each bite. 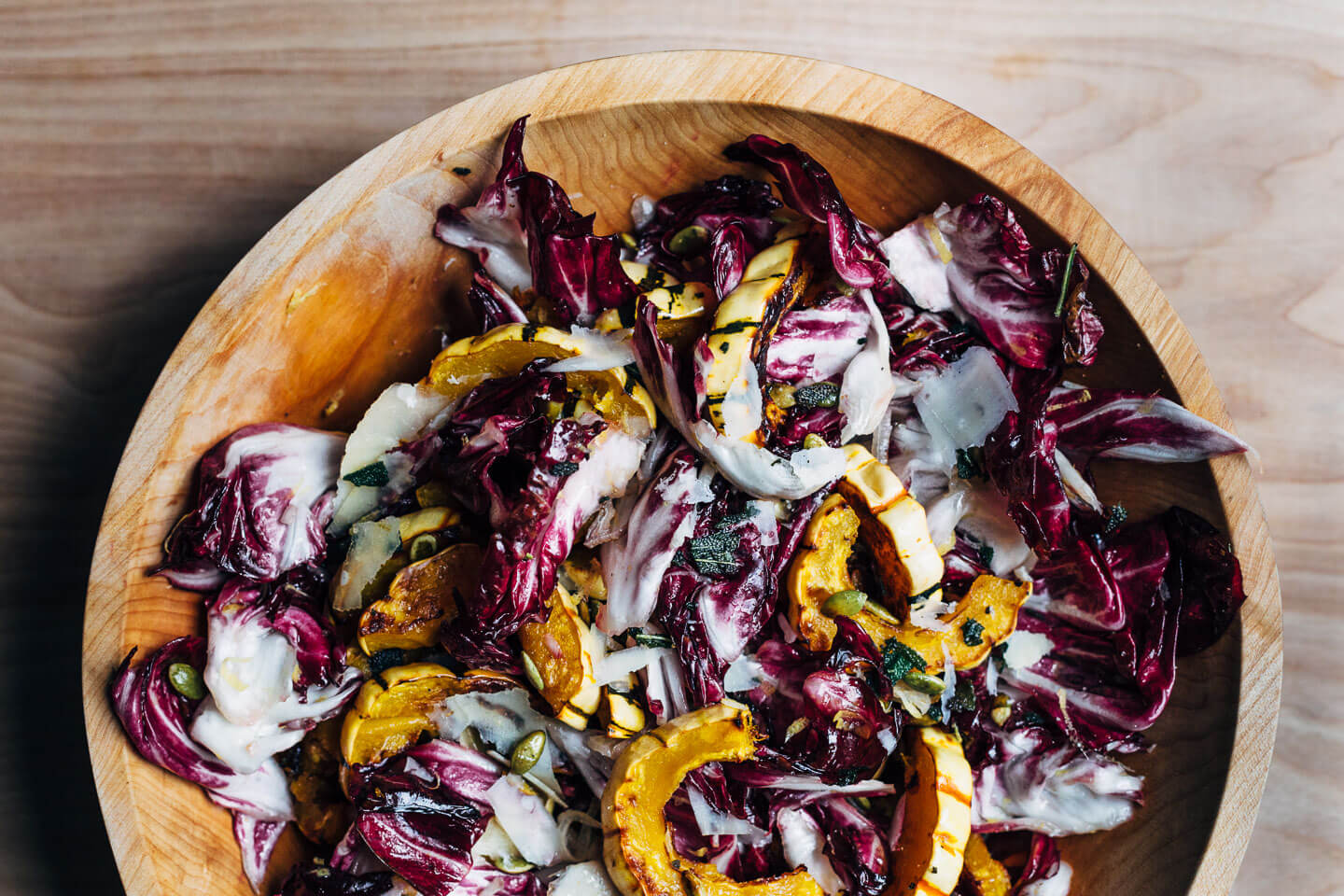 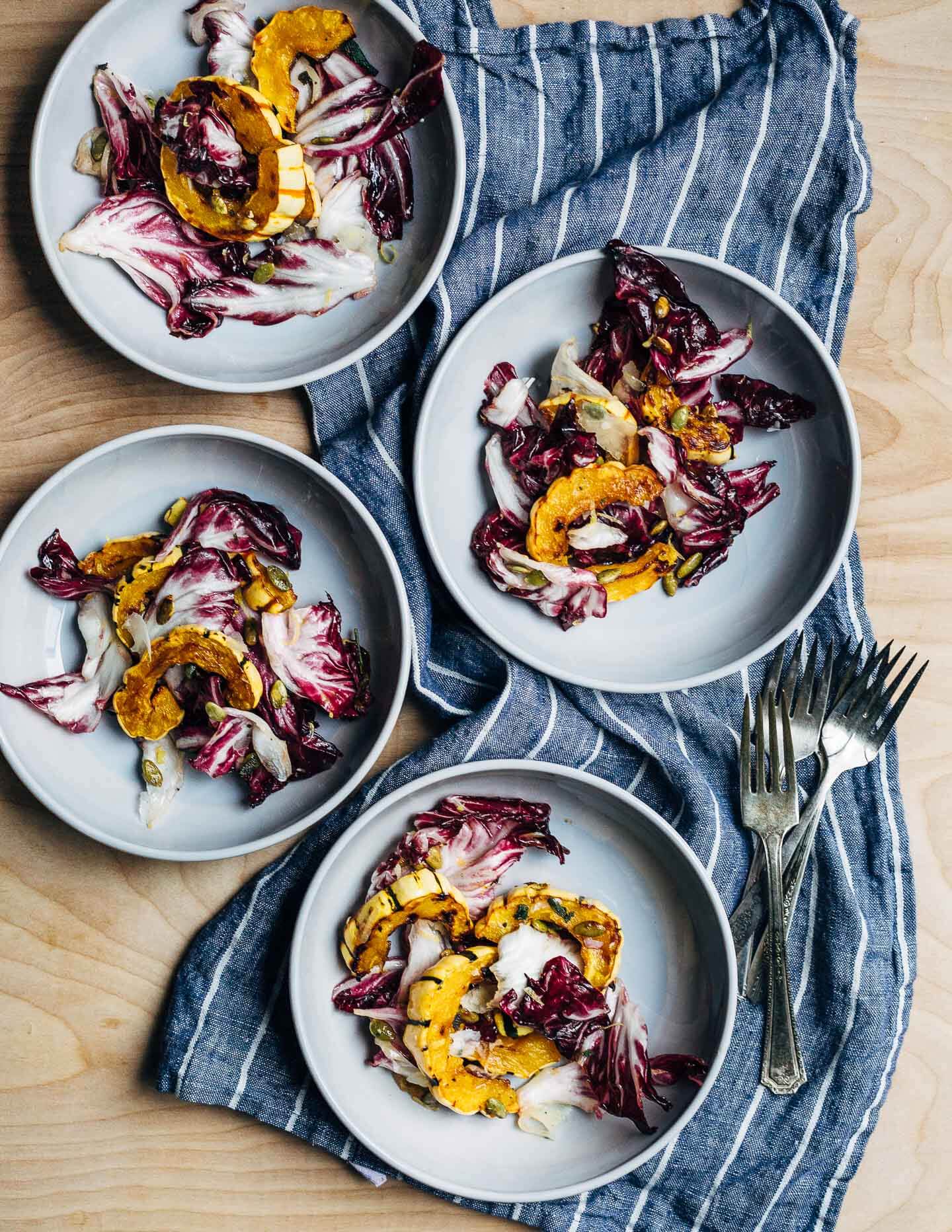 This delicata squash salad is at its best right out of the oven. Leftovers will hold up for a day in the fridge; allow them to come to room temperature before eating.

A note on radicchio: It’s bitter, and some radicchio heads are more bitter than others. I like bitter flavors and think they’re well balanced in this recipe. If bitter isn’t your thing, try subbing in a mix of robust greens (such as baby kale, chard, and beet greens) or regular spring mix. 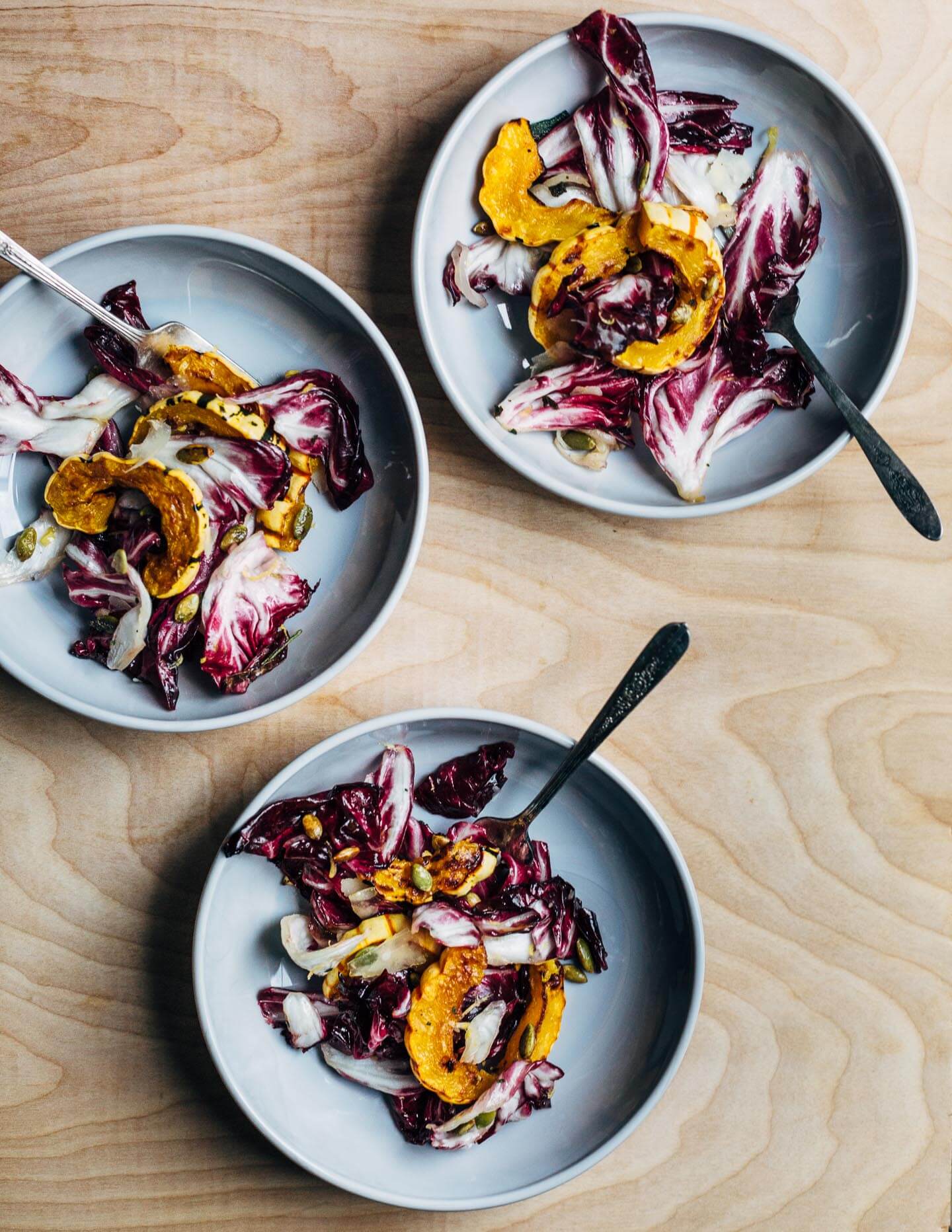 An autumnal radicchio and roasted delicata squash salad tossed in a lemon-maple dressing, and topped with salty pepitas, crisp sage leaves, and Parmesan.