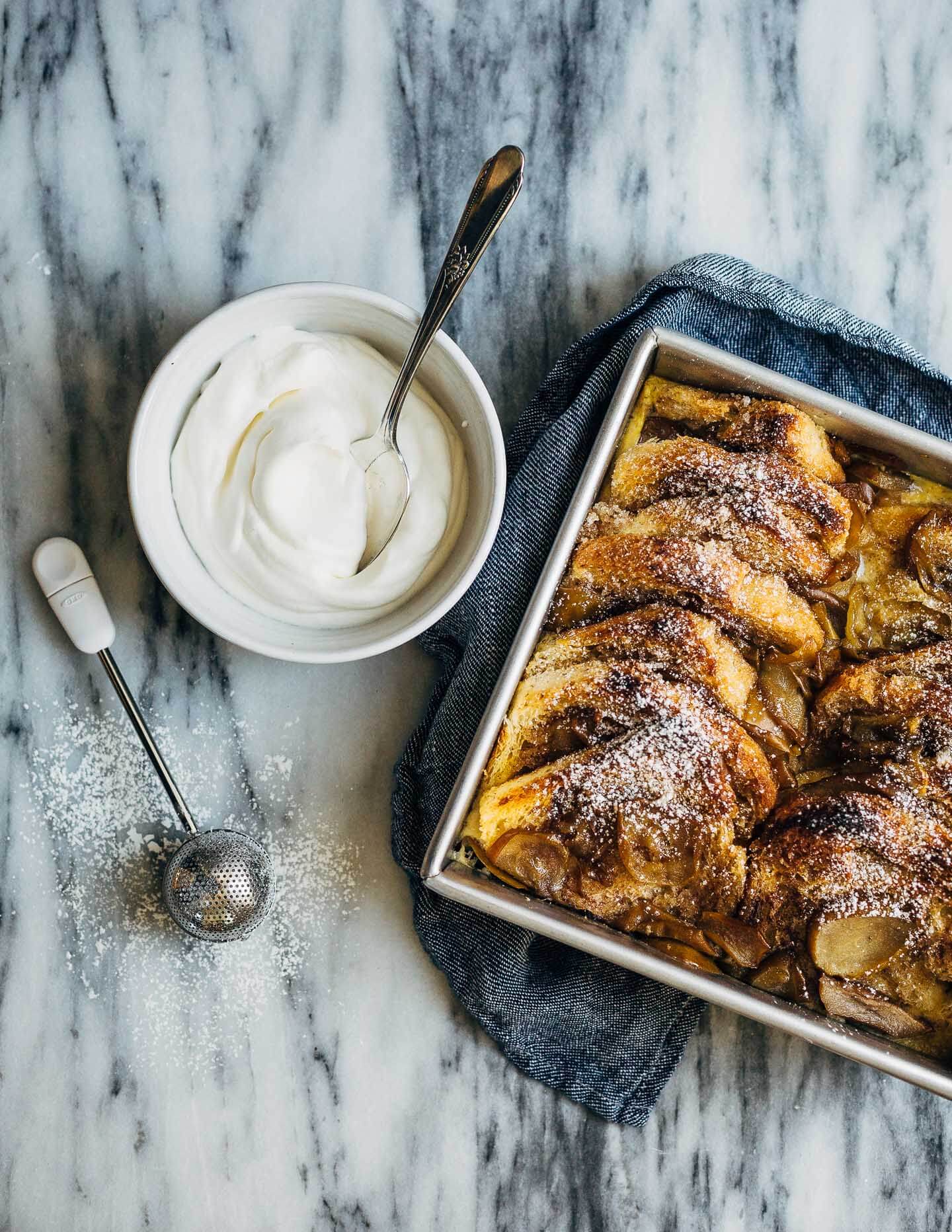 This seckel pear bread pudding recipe is everything I want in a comforting fall dessert. Made with buttered brioche slices dipped in cinnamon-spiced brown sugar and tender seckel pears cooked in a golden brown butter syrup, this bread pudding is more than the sum of its parts. I’d like to think that this dessert might be a welcome addition to your Thanksgiving dessert spread or just a forgiving holiday dessert to have in your back pocket as the season intensifies. 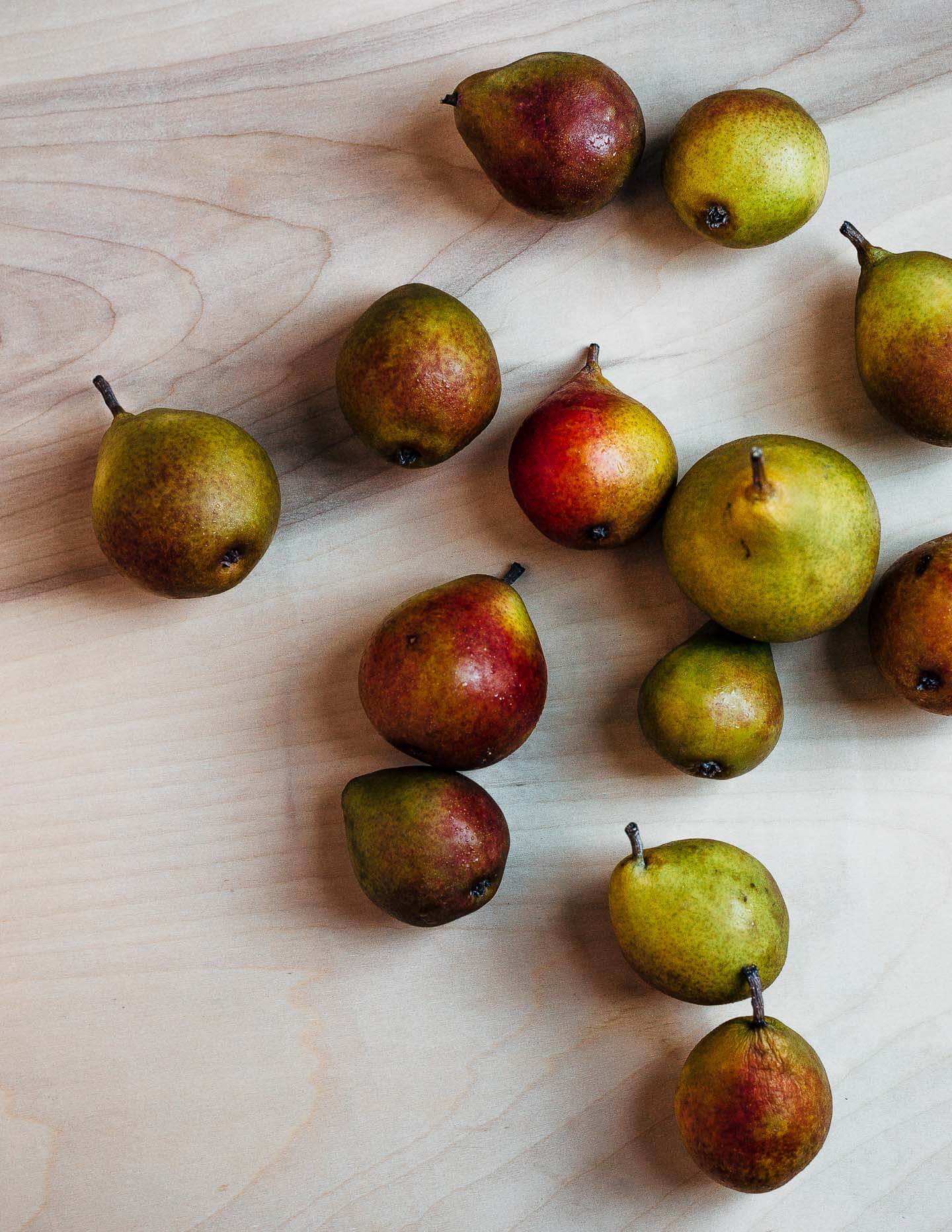 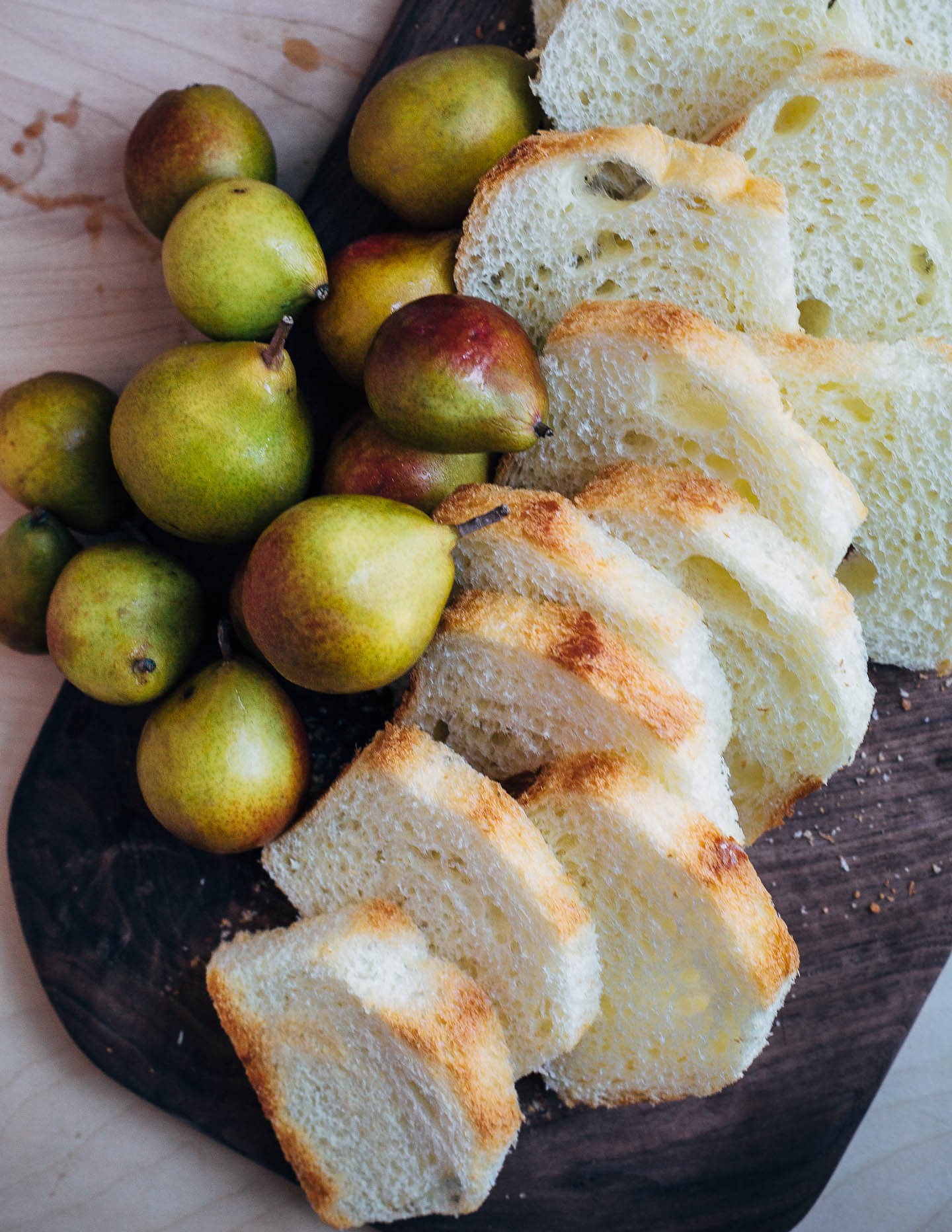 The recipe is inspired by a bread and butter plum pudding from Hugh Fearnley-Wittingstall’s River Cottage Cookbook. I break the recipe out whenever I have a seasonal fruit that’s flavorful, but not quite up to the pie treatment. Here, I needed to make use of a quart of seckel pears from the farmers’ market. Seckel pears are both subtly flavored and delicately textured, making them the perfect fruit to meld into a bed of pillowy sweet bread. 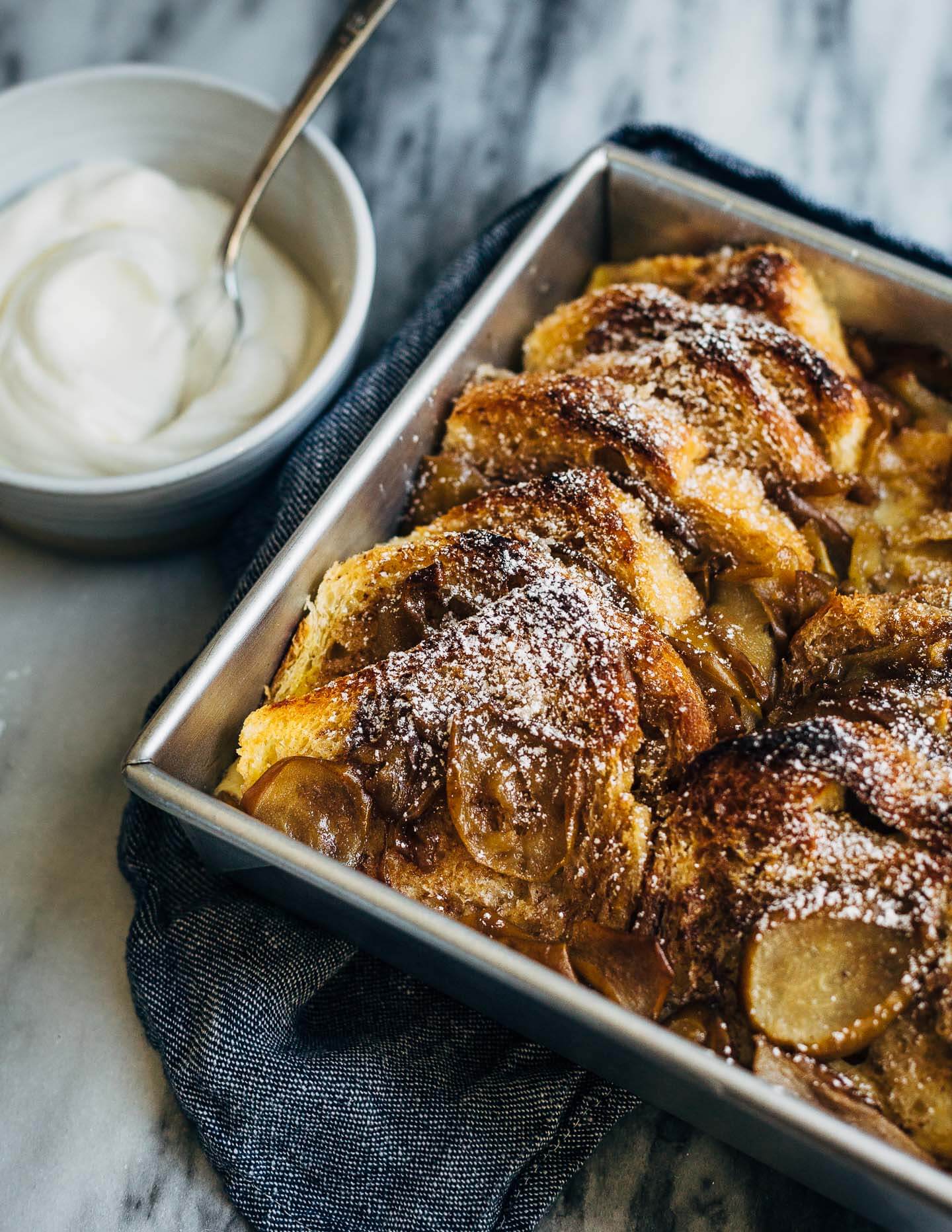 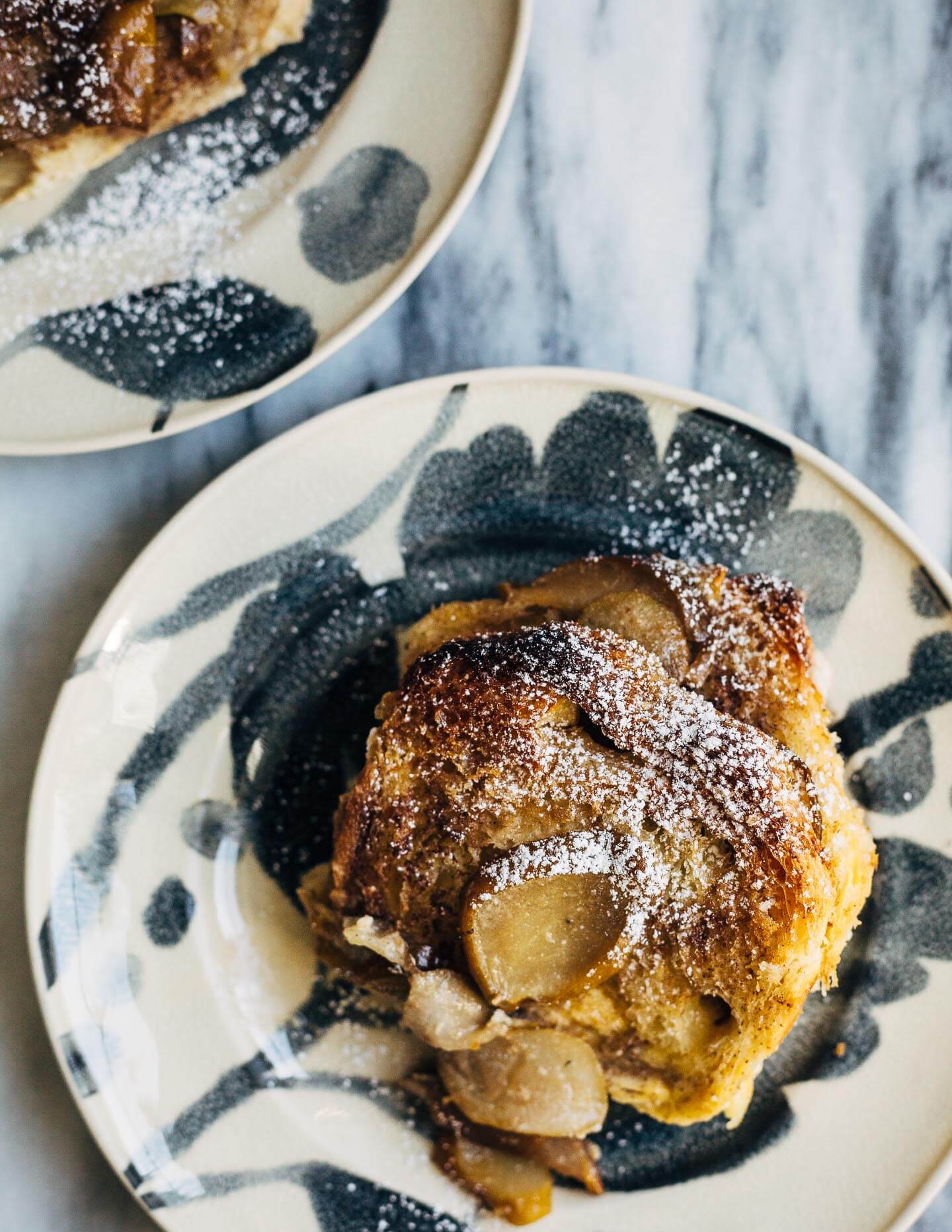 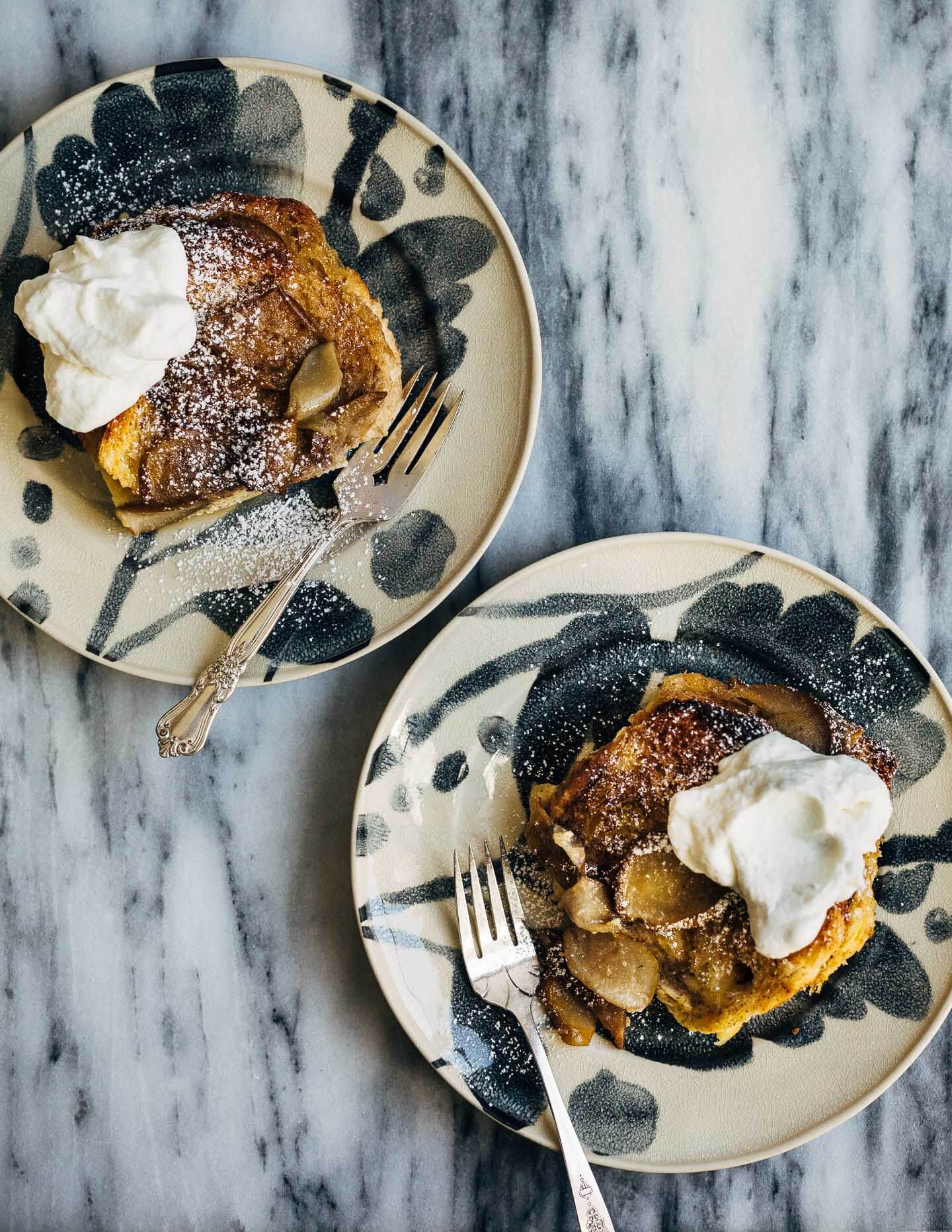 In addition to sublime deliciousness, this seckel pear bread pudding is relatively forgiving and can be made ahead. The bread pudding should be made at least a night ahead of baking, though can sit in the fridge for up to three. For those of you who really plan ahead, it can also be assembled and then frozen. Allow 1 day in the fridge for it to thaw before baking.

Finally, to keep things pretty, I like to alternate the slices between the round top and angled bottom of the brioche loaf – the alternating pattern creates contrast, especially when it’s dusted with powdered sugar. 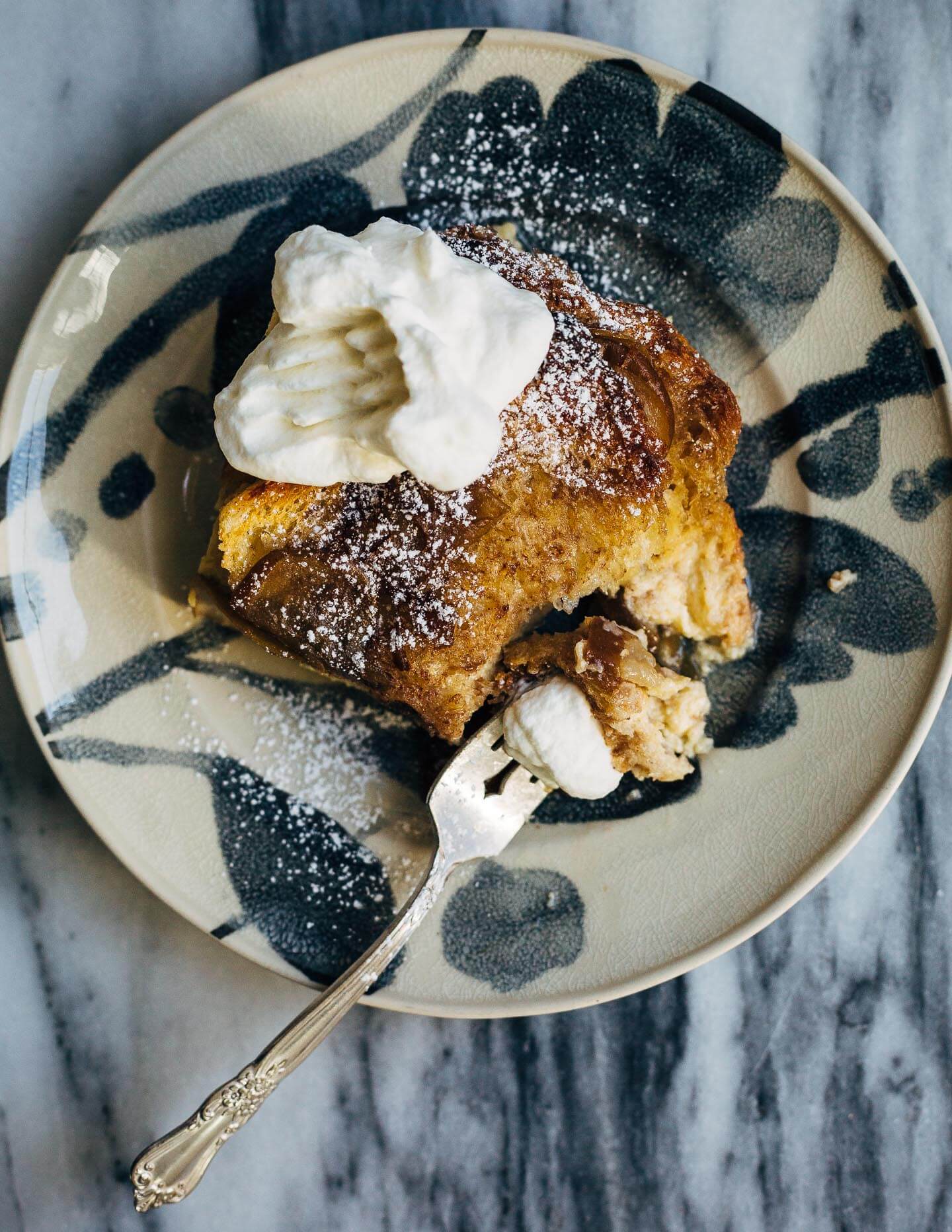