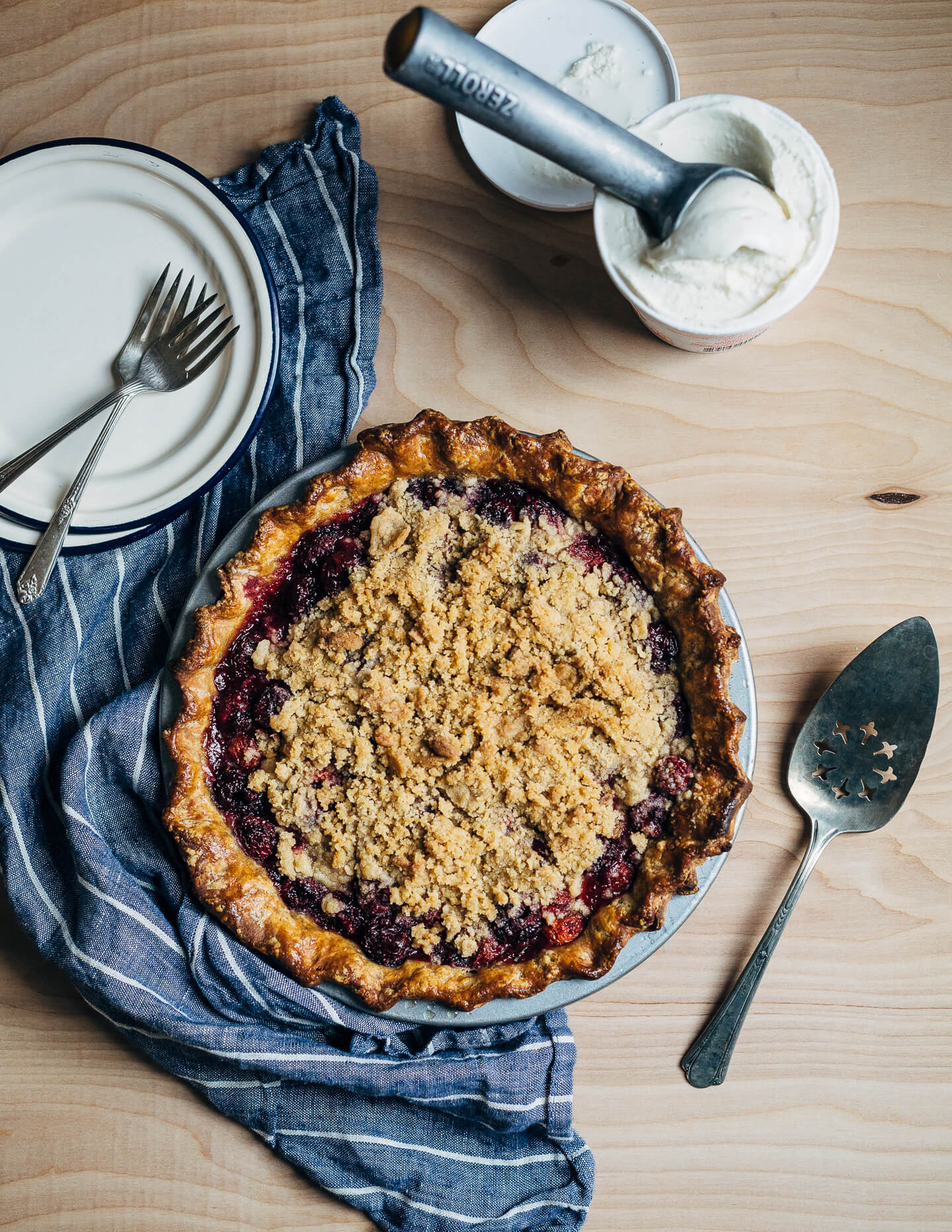 A whole wheat sour cherry crumb pie that celebrates the fleeting sour cherry season and skirts the line between pie and crumble beautifully. Jump to recipe.

Last week, the message arrived: The sour cherry harvest over at my friends’ house was in. This year’s crop was modest, but they were kind enough to have my two girls and me over to pick what we could. My almost 10 year-old was an excellent assistant, save the fact that she ate maybe half her harvest. Her little sister spent the time running, sliding, and tackling a homemade seesaw. It was a beautiful early June afternoon. 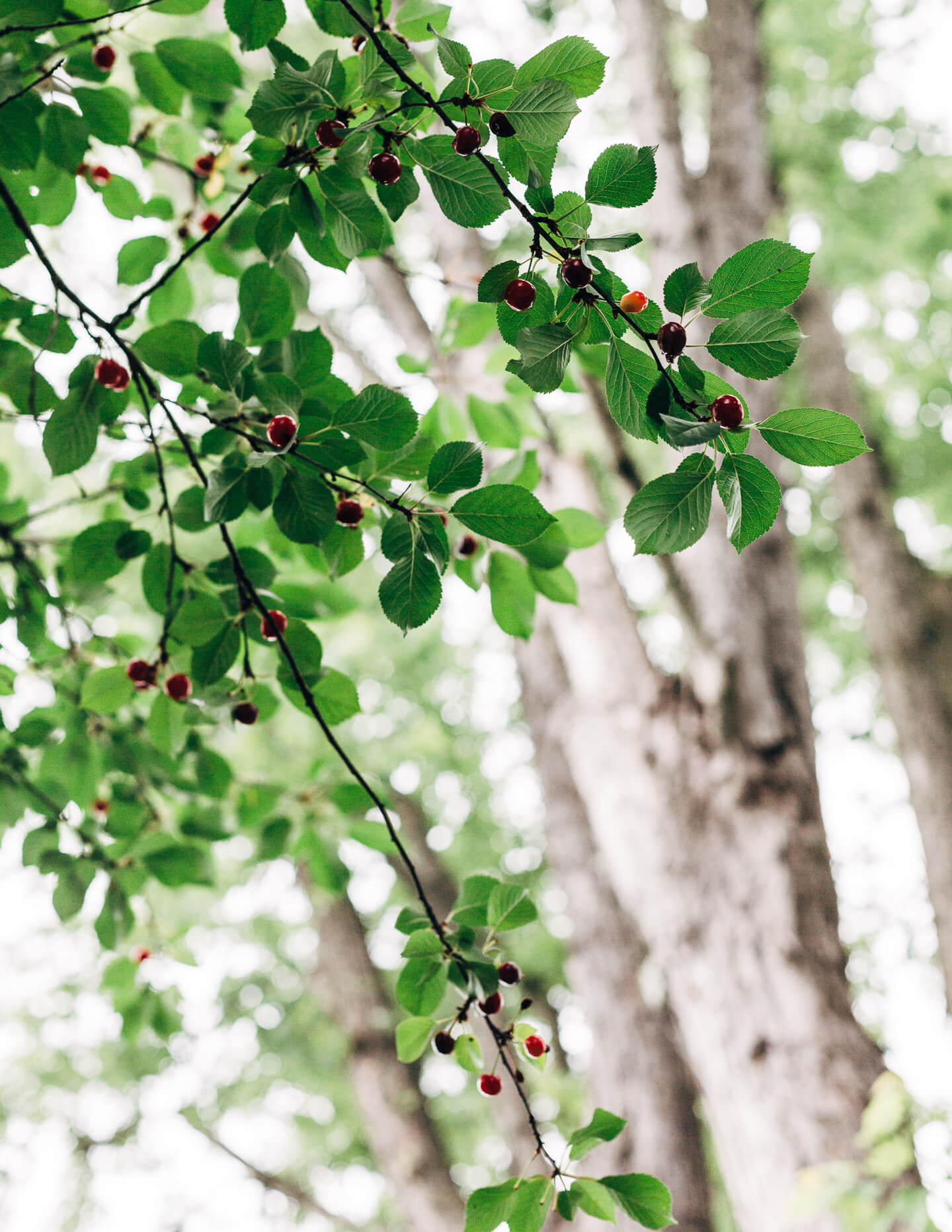 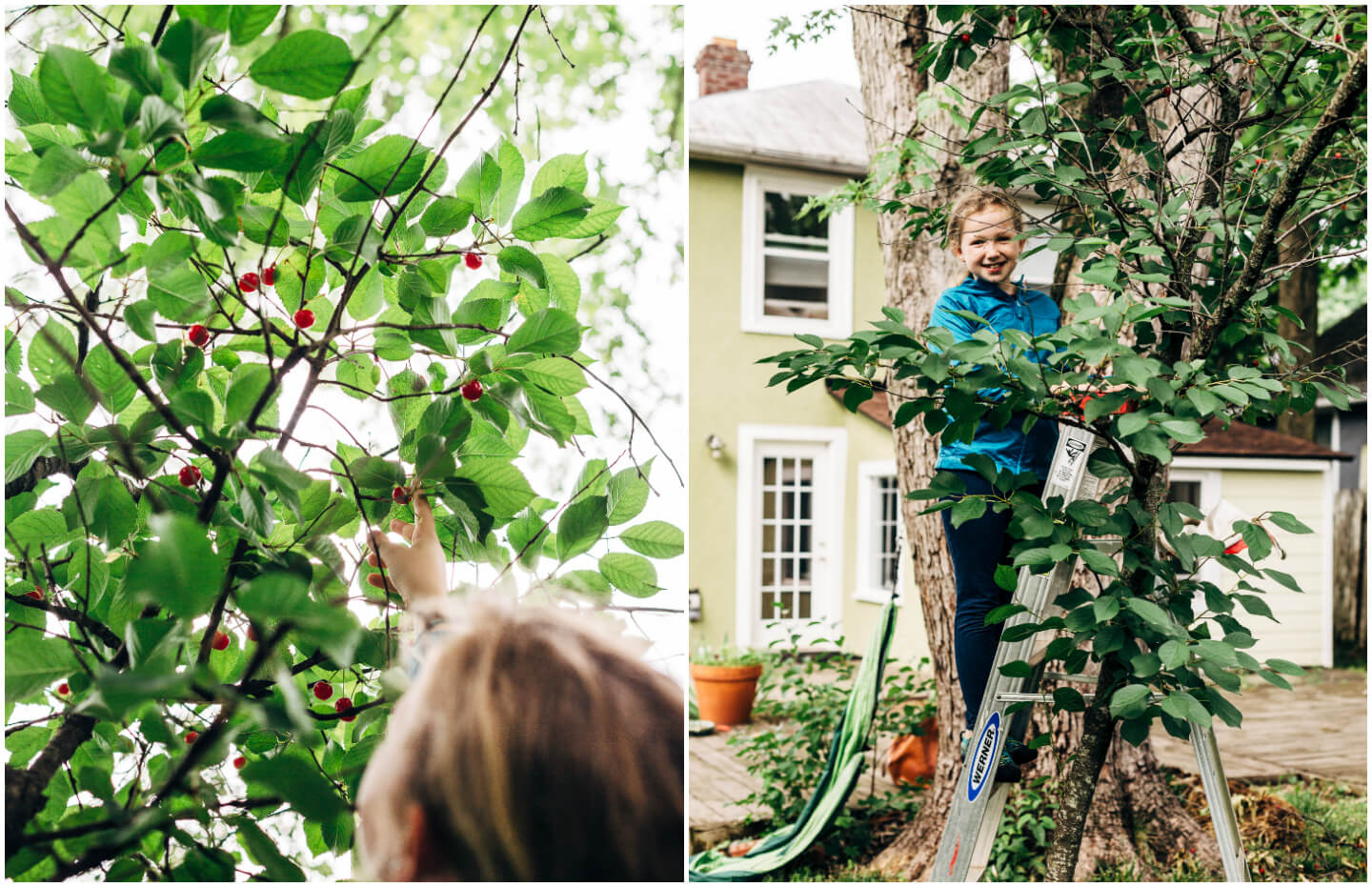 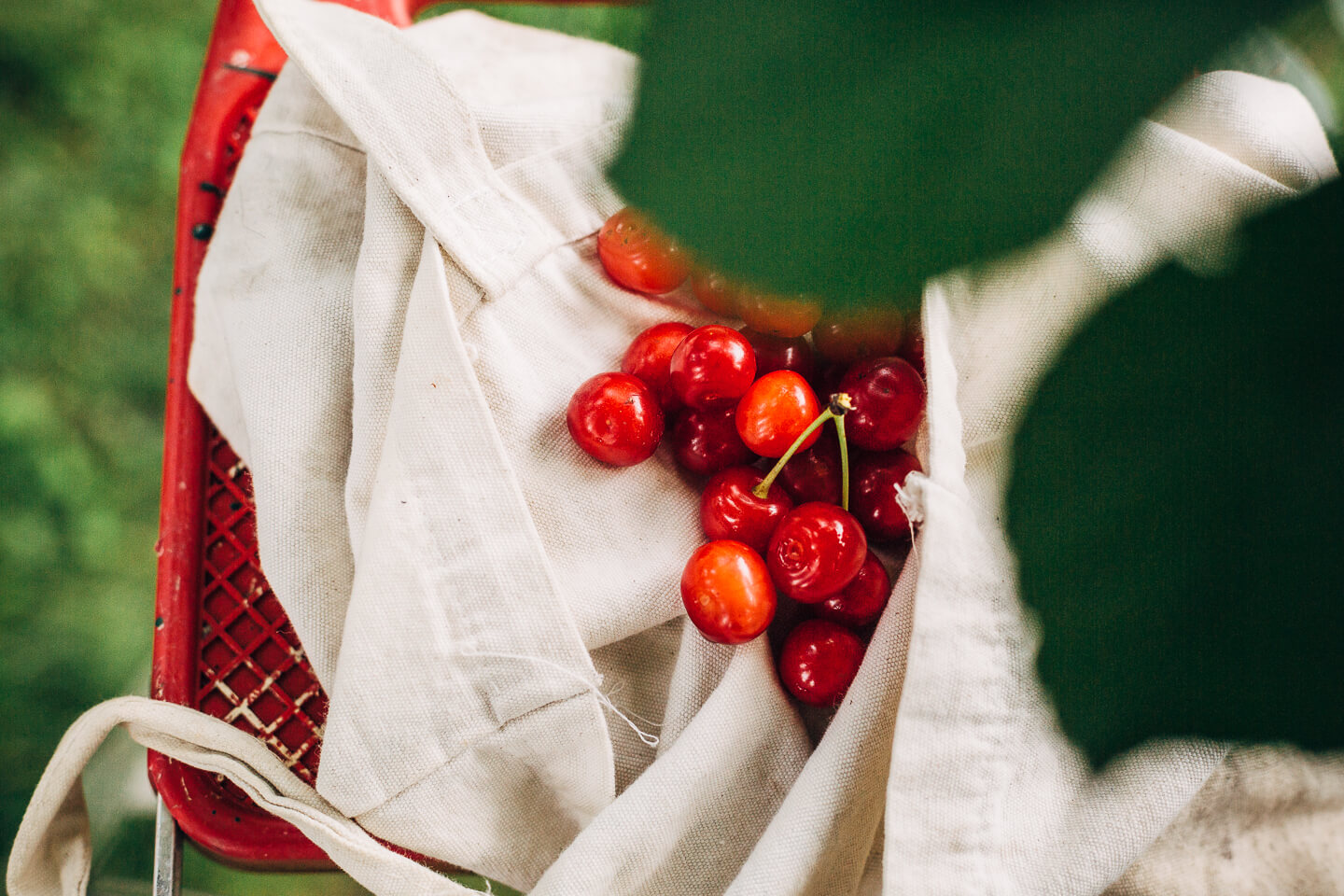 I once believed sour cherries enjoyed a season of ripeness, as in: Sour cherries are in season now. Upon moving to Virginia, the “season” I’d enjoyed in NYC shrunk to the day my friend texted me with news of their arrival. Of course, it’s that incredibly fleeting, literally once in a year availability that make sour cherries my favorite. Sour cherries – complex, sour, and bright – cook up with depth and an almost caramel sweetness. They are the ideal pie filling. 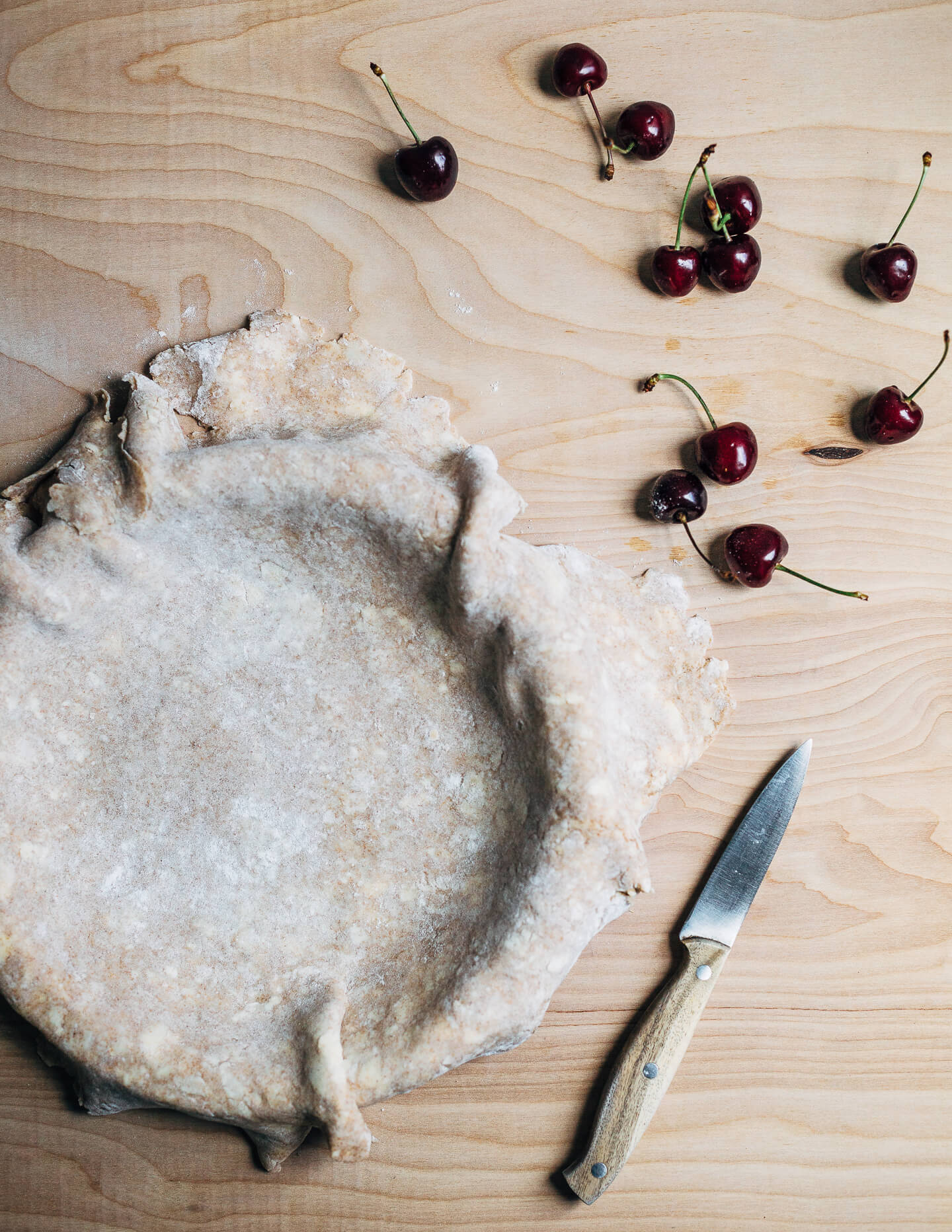 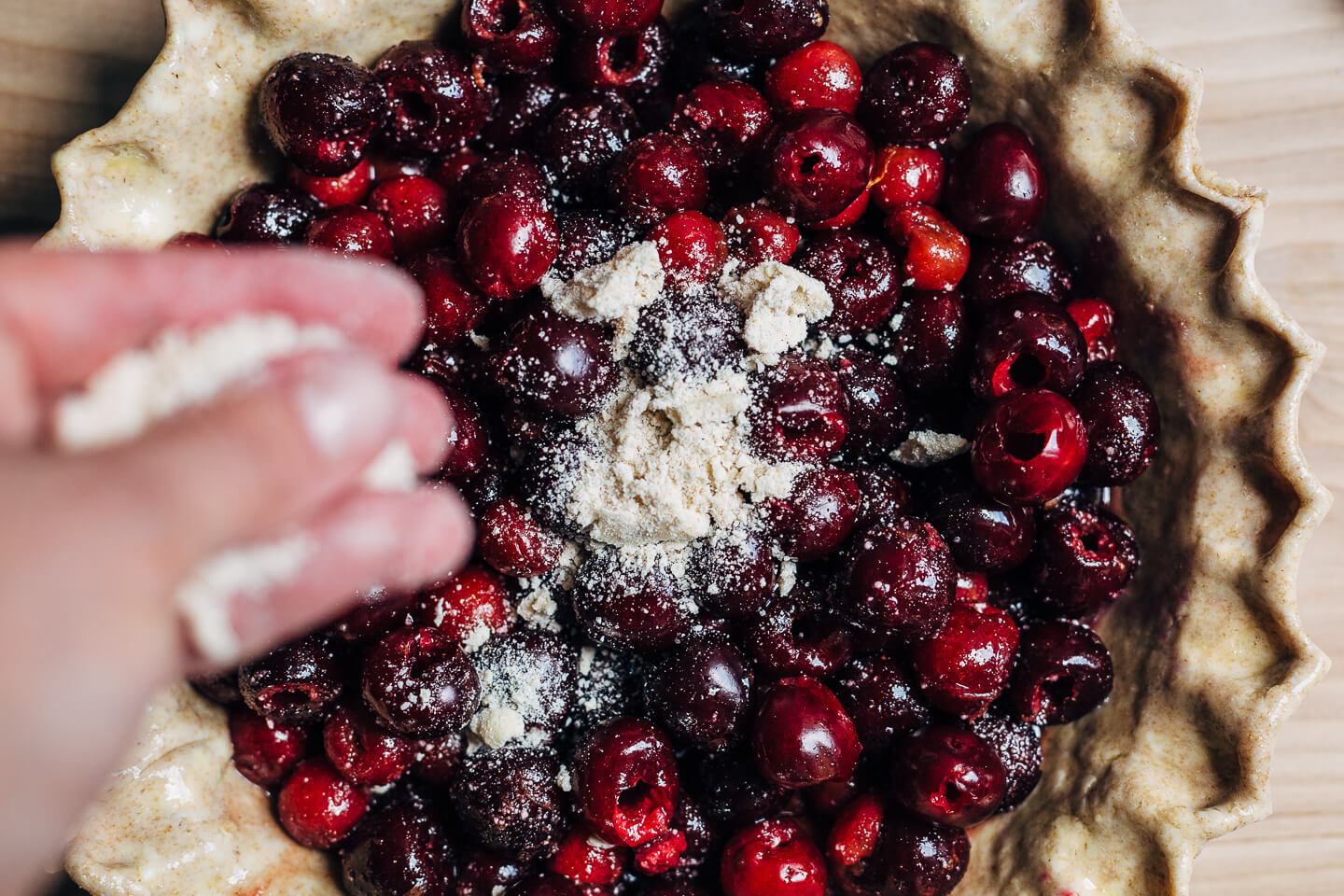 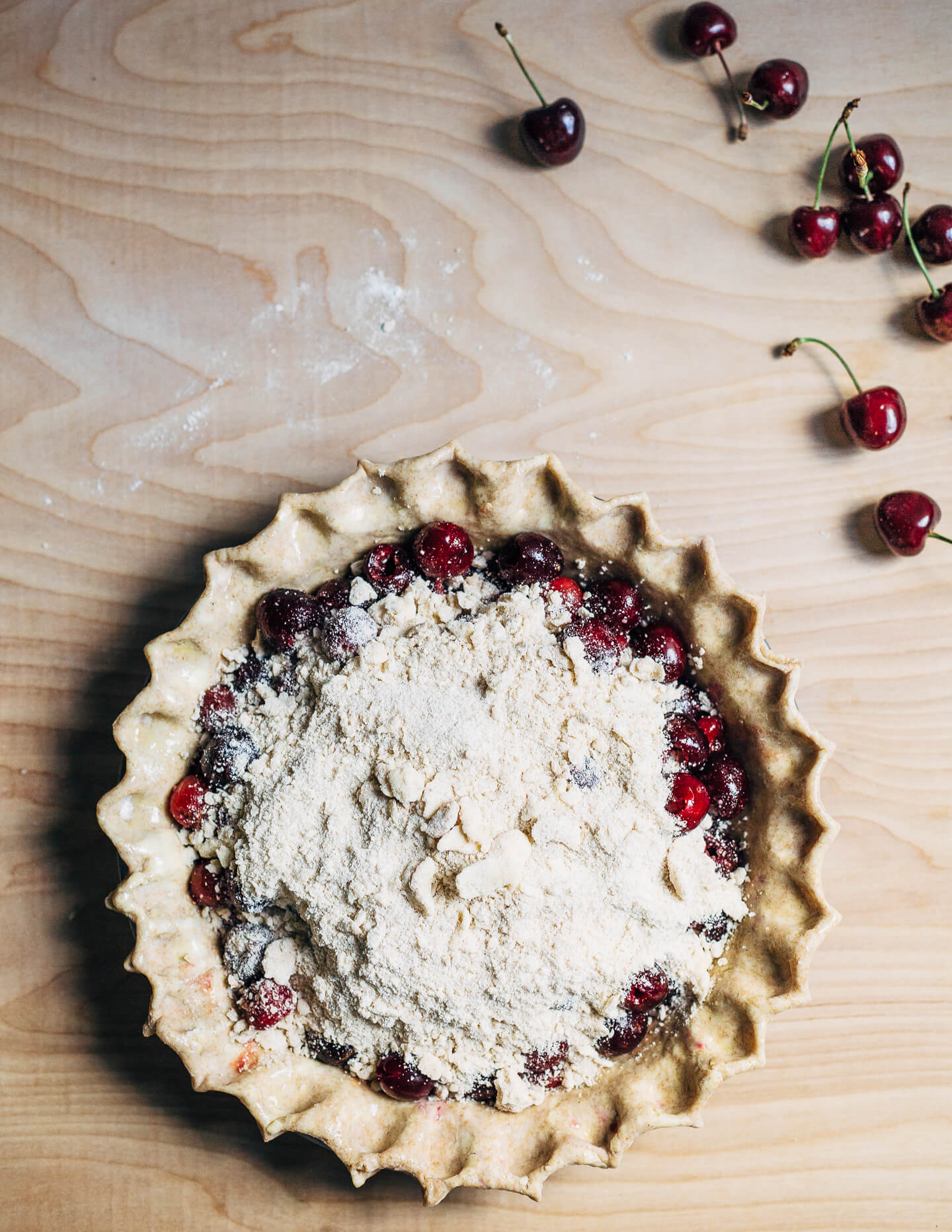 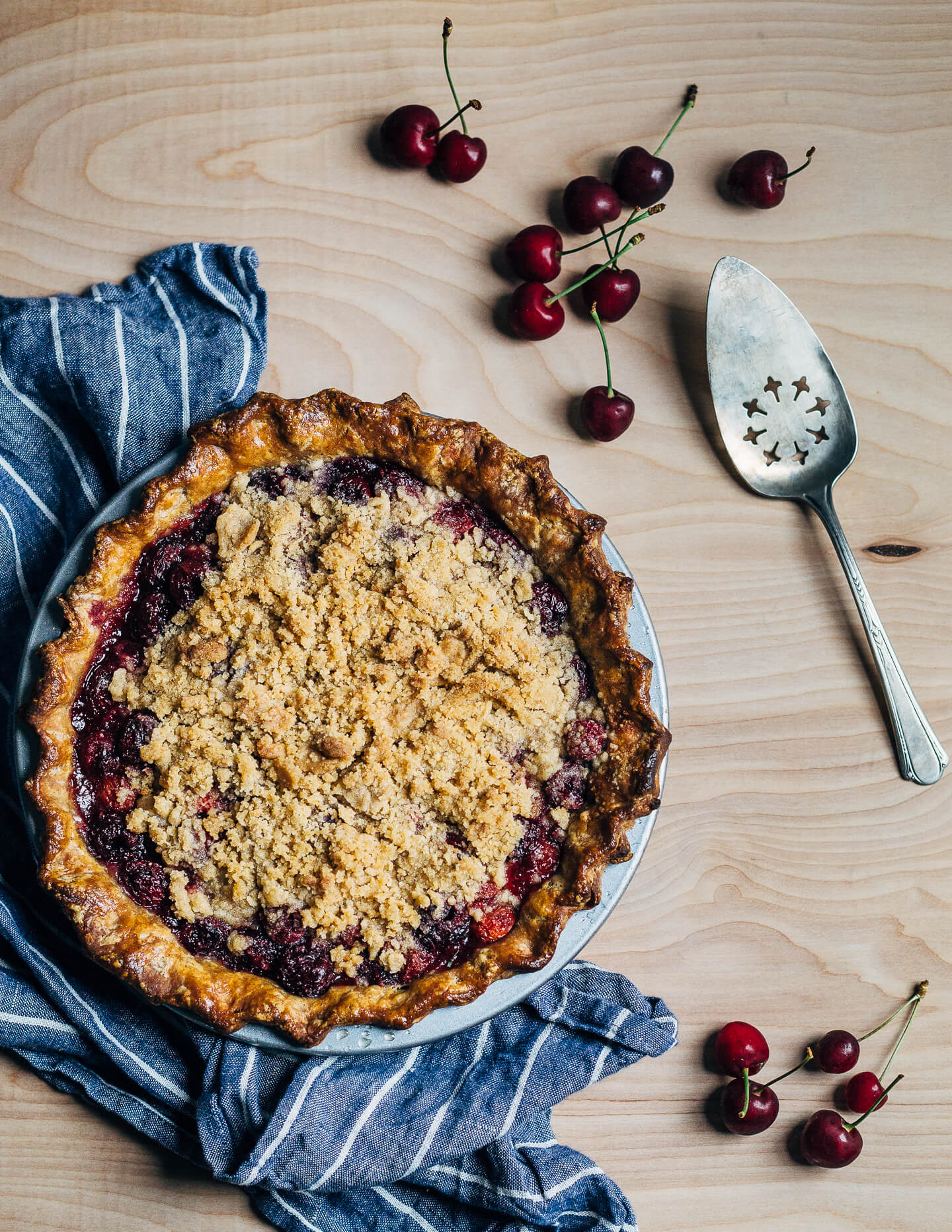 Owing to the scarcity of my supply, this particular sour cherry pie features a mix of sour cherries and plain old delicious Bing cherries, plus cinnamon, ginger, and lemon zest. It’s a nice balance. The filling is tucked into a flaky whole wheat crust and topped with a buttery whole wheat crumb on top. Because I’m a pie purist, I generally like to make mine with as little sugar as possible, but this pie is sweetened generously, enough to stand up beautifully to a scoop of vanilla ice cream. (I splurged on a completely worth it pint of Jeni’s Ndali Estate Vanilla and maybe you should too.) 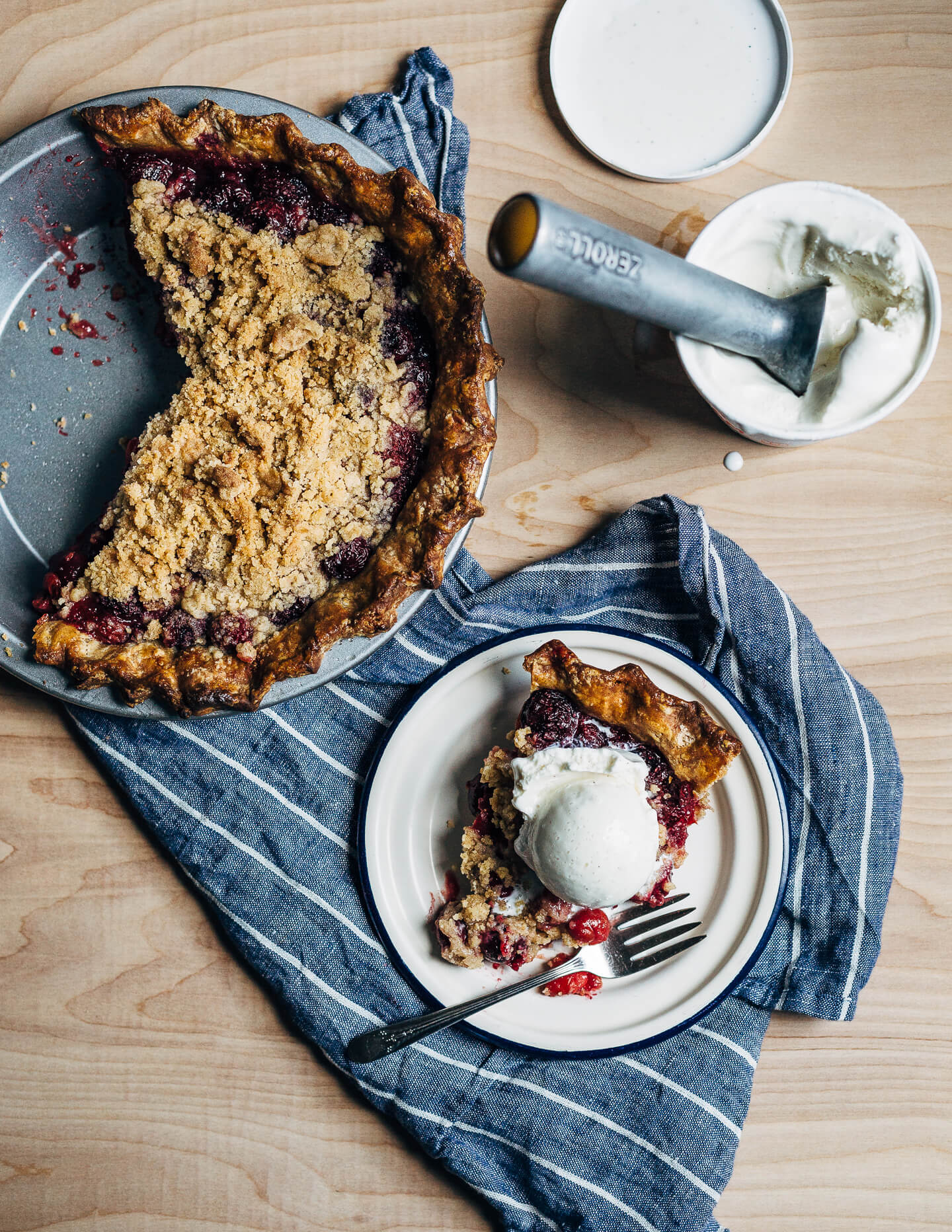 Print Recipe
Whole Wheat Sour Cherry Crumb Pie
Prep Time
30 mins
Cook Time
1 hr
Total Time
1 hr 30 mins
A whole wheat sour cherry crumb pie that skirts the line between pie and crumble beautifully. This pie can be made with sour or sweet cherries, or a mix as I've done here. Likewise, I've made the crust with whole wheat flour, though it can be made with just all-purpose.  Be sure to use a metal pie pan, as the crust goes quickly from freezer to hot oven and a glass or ceramic pan can shatter.
Recipe Type: Dessert
Makes: 8 servings
Author: Elizabeth Stark
Ingredients
Crust
Filling
Crumb Topping
Instructions
Recipe Notes

If you're new to pie crust, make a wetter dough so that it will be easier to handle. Roll dough out on parchment paper with plenty of flour. 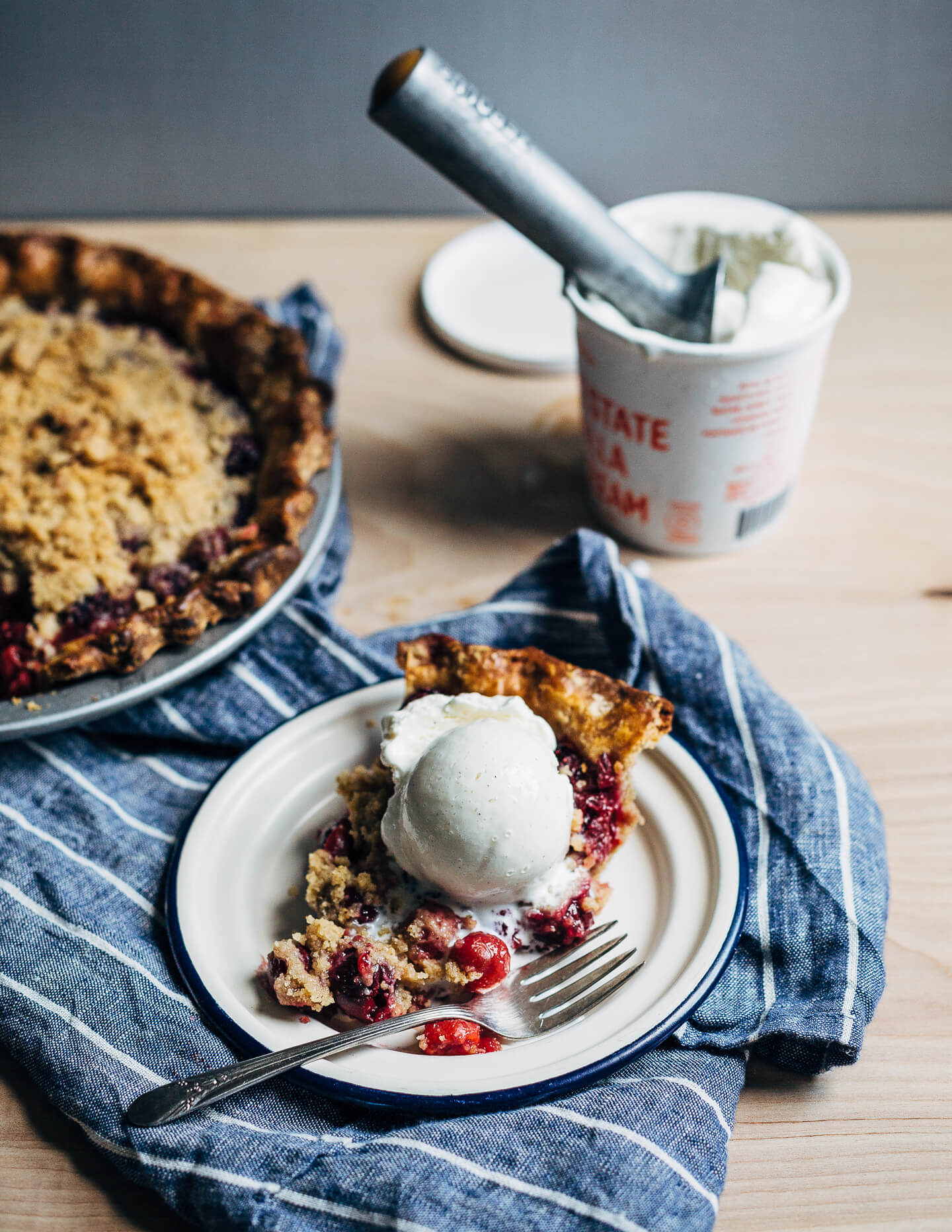