We’ve partnered with Mirassou Winery on a rich, sating vegetarian Friendsgiving menu and a plant-based, gluten-free recipe for wild rice and cornbread stuffing. 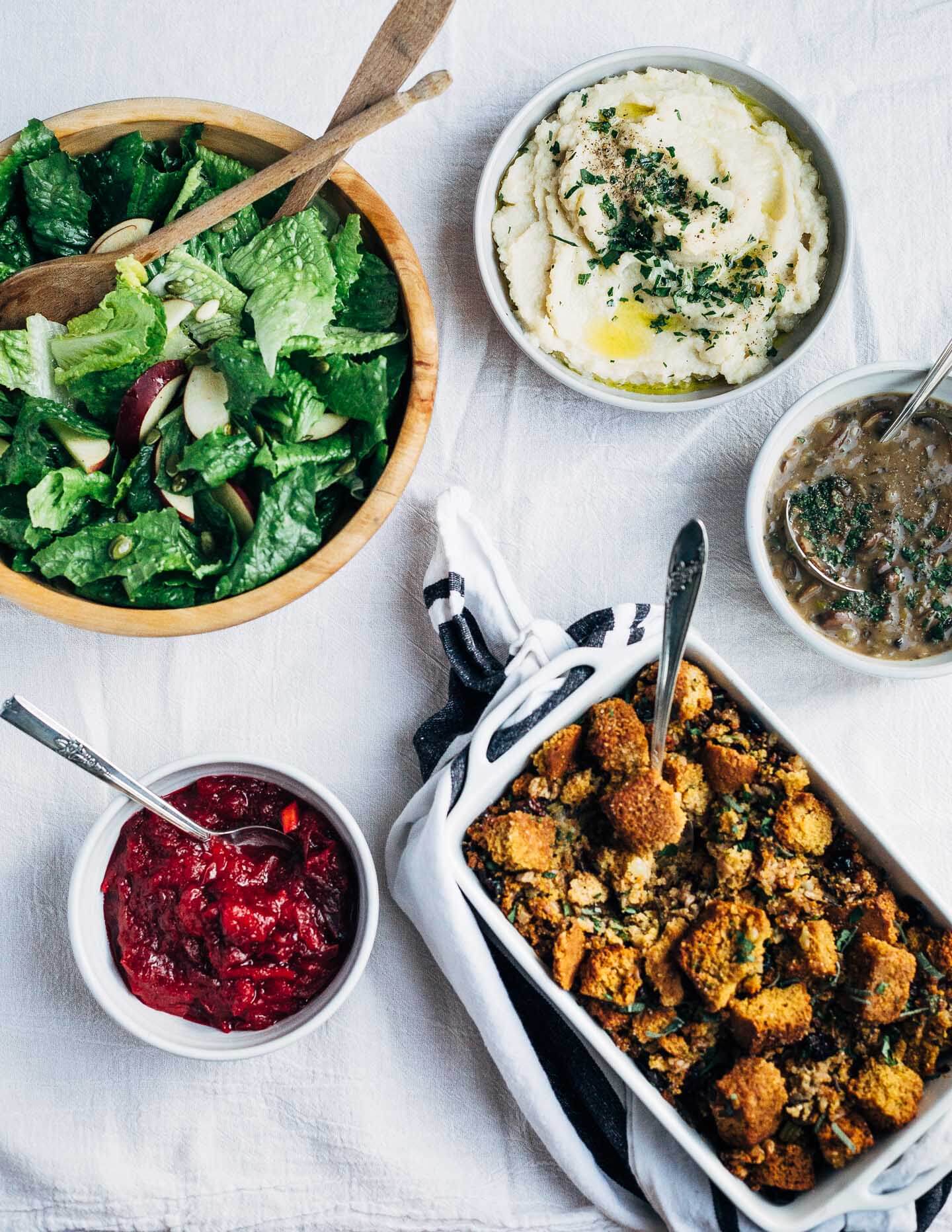 Years ago, our Friendsgiving began as a necessity. Leaving New York City at the same time as 4 million other people proved incredibly taxing – cue memories of 4-hour standing-only Amtrak rides and 8-hour traffic jams. Besides, back then Brian had to work on the Friday after Thanksgiving, so we decided to avoid travel altogether by celebrating right where we were. 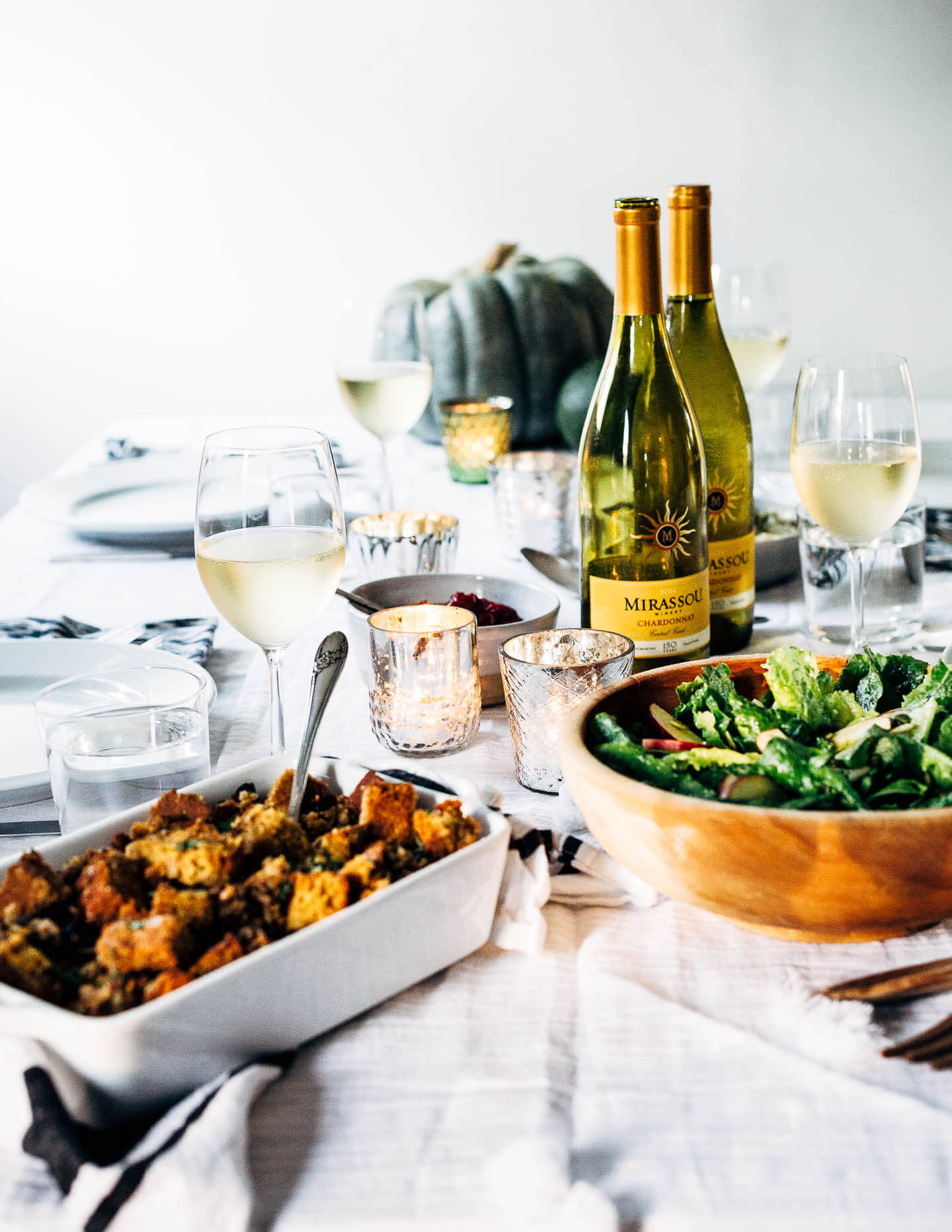 Sometimes we’d host on Thanksgiving proper, other times, a few weeks before. As we settled in to our routine, I discovered I loved Friendsgiving. It was a meal with nods to tradition, but stripped of convention or the need to serve classics whether anyone wanted them or not. We ate an autumn feast, sure, but the specifics of that feast were negotiable. The only tradition that mattered was that we had a house (or apartment) full of beloved friends and family, and a welcoming, festive atmosphere. 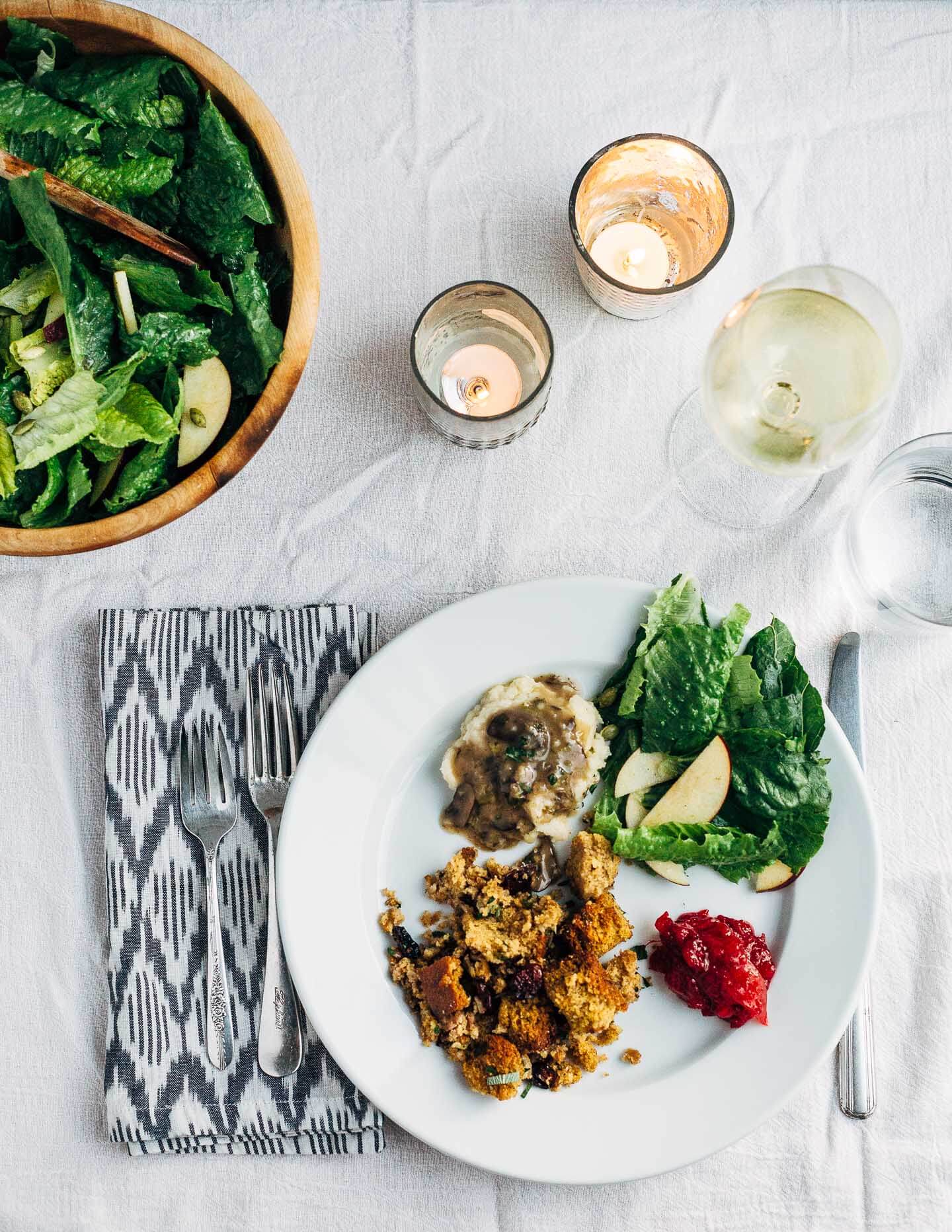 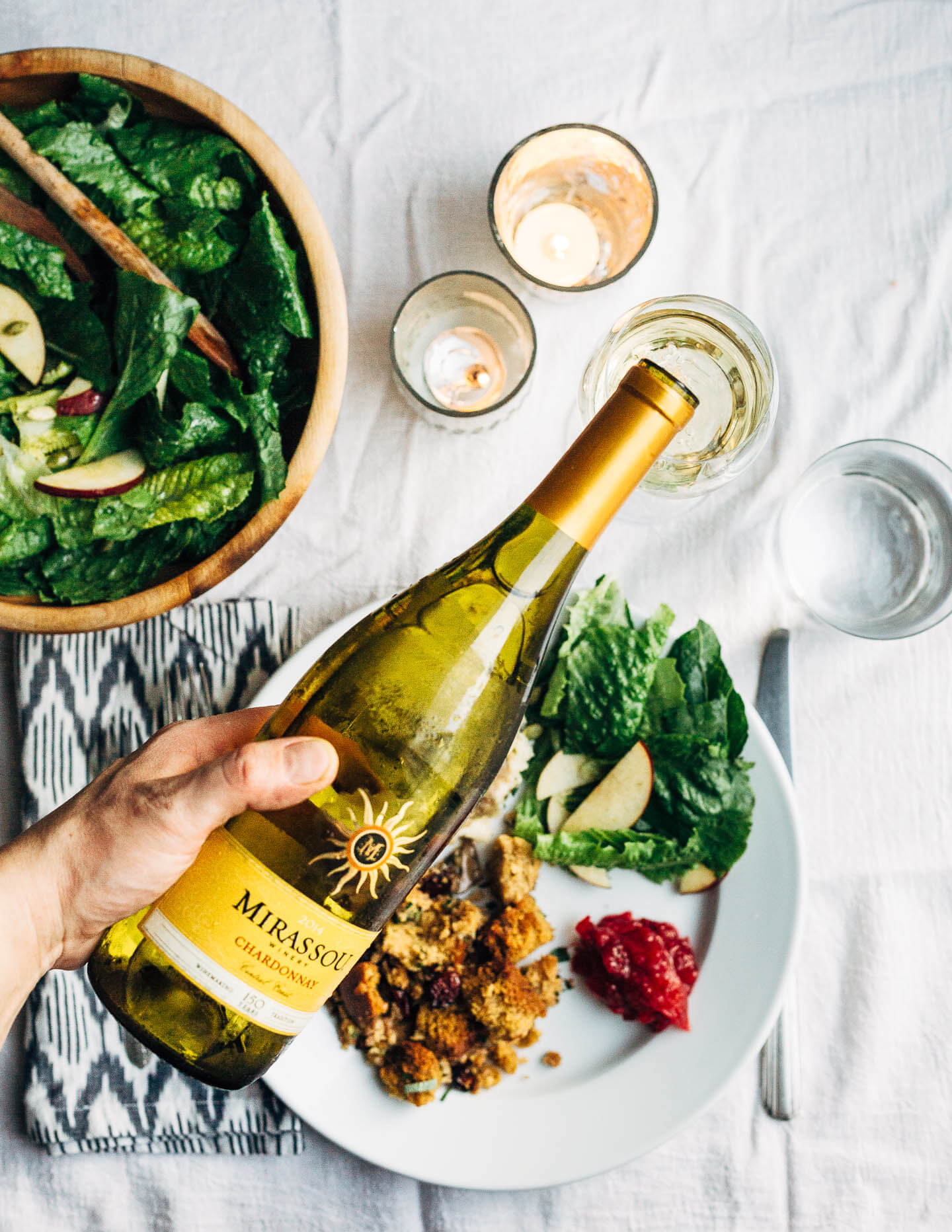 Right now, we’re sharing inspiration for a host of easy dishes for your own Friendsgiving feast. Our menu was a simple one. The centerpiece was a vegan and gluten-free wild rice and cornbread stuffing tossed with fresh herbs and dried cranberries, while supporting sides included mushroom gravy, cauliflower puree (instead of mashed potatoes), an effortless citrus-forward cranberry sauce, and a green salad with crisp apples.

Our table was brimming with rich, earthy flavors, all of which were enhanced by the approachable tastes of Mirassou Chardonnay. Fruity, floral notes complemented the nutty wild rice and cornbread stuffing without overwhelming it, while the Mirassou Chardonnay’s creamy finish proved a cleansing counterpoint to the menu’s robust fall flavors. 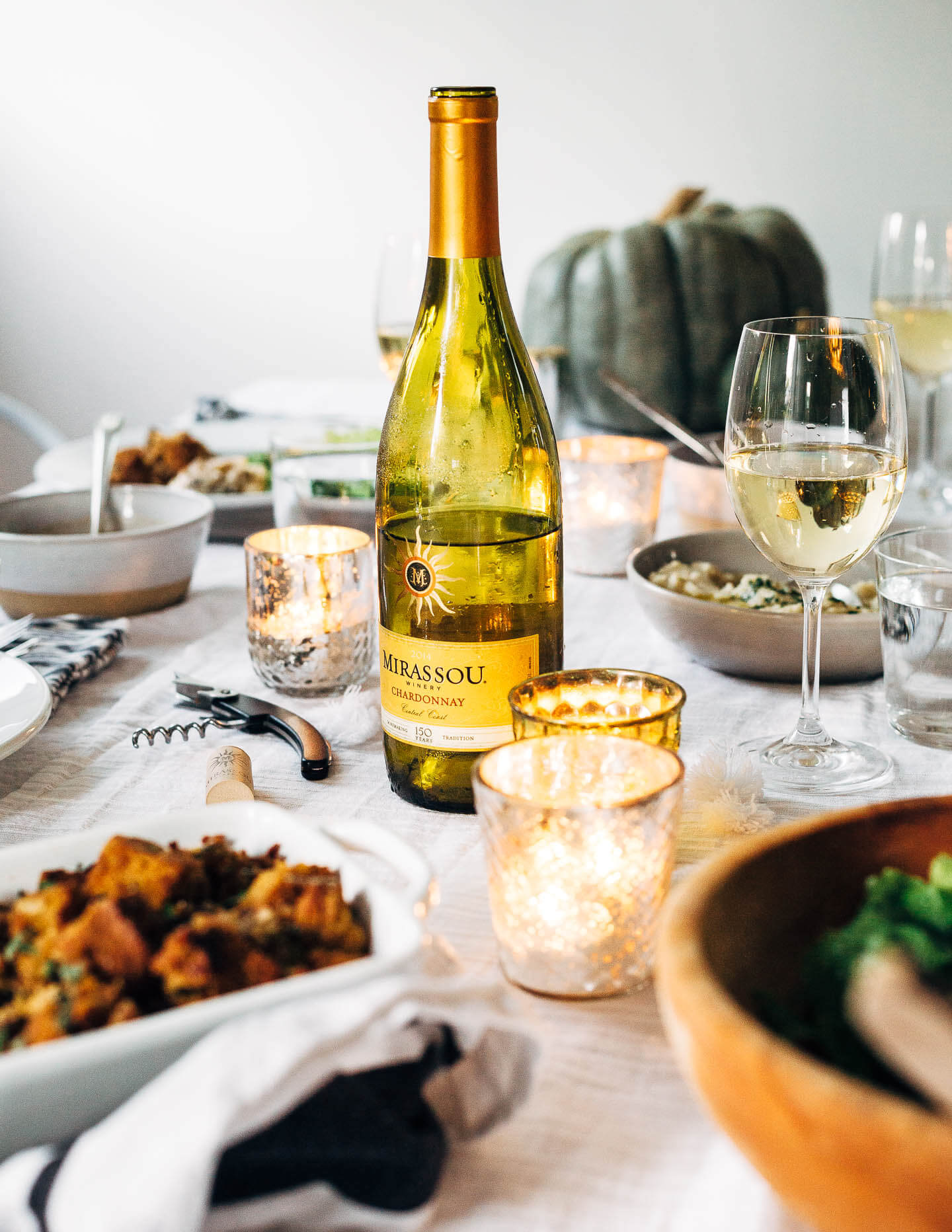 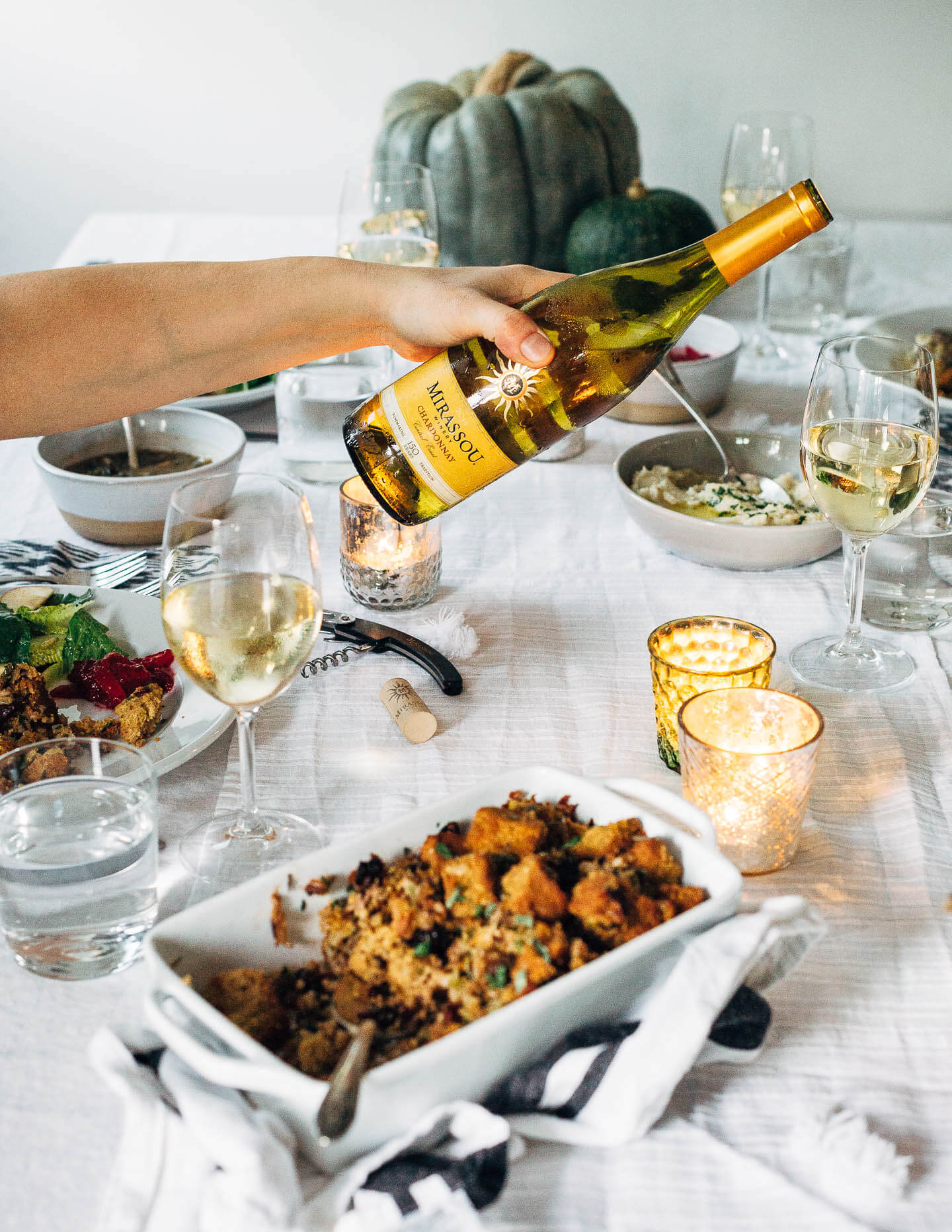 Though my family eats an omnivorous diet, I always make sure to include a few show stopping vegetarian dishes on my menu. When I can, I’ll make things vegan, too. I’ve found that the best route to a flavorful vegetarian Friendsgiving meal is a great vegetable broth. Sometime in the weeks before, I’ll spend a day simmering a pot of stock for use in everything from stuffing to gravy to purees. Store bought broth will do in a pinch, but a robust homemade vegetable broth lends tons of flavor. 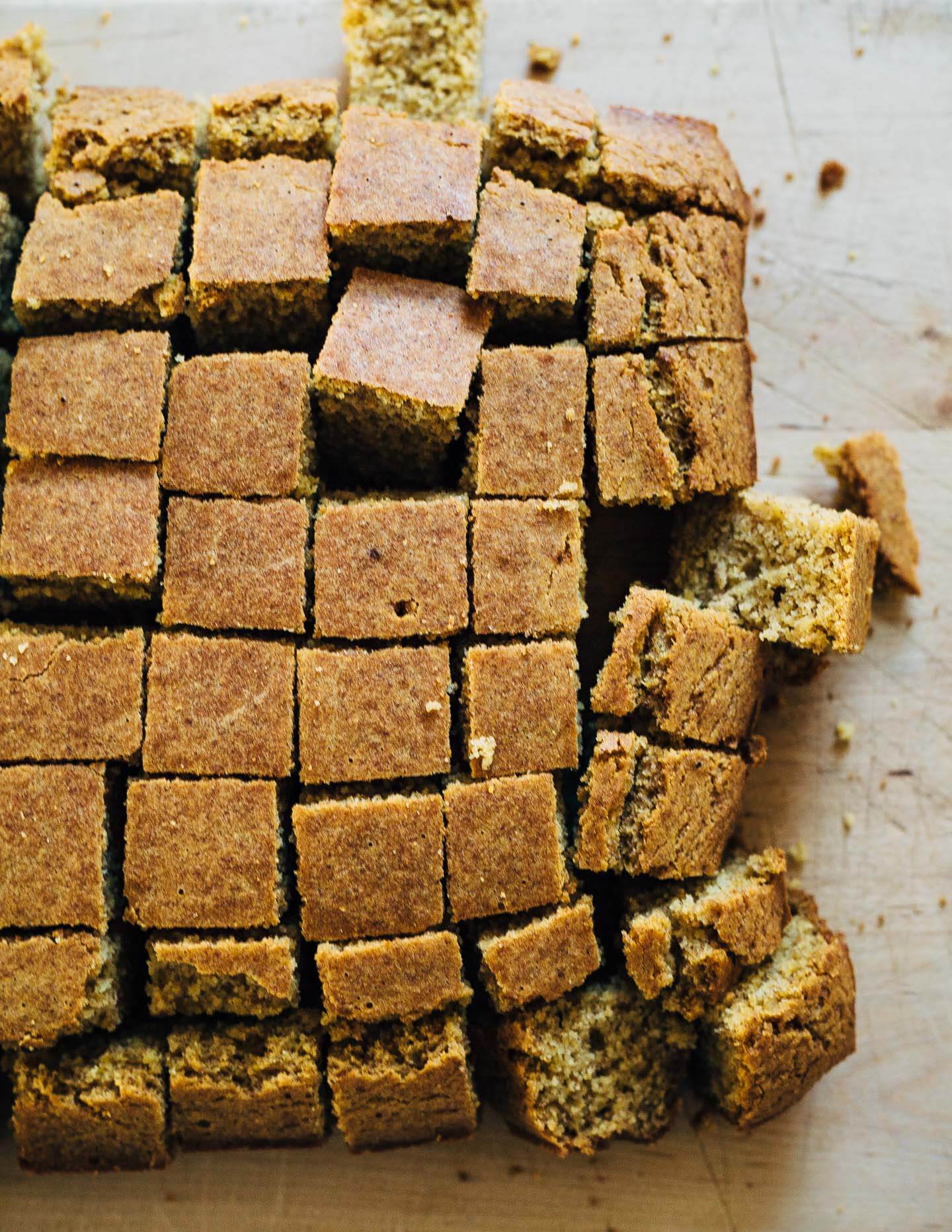 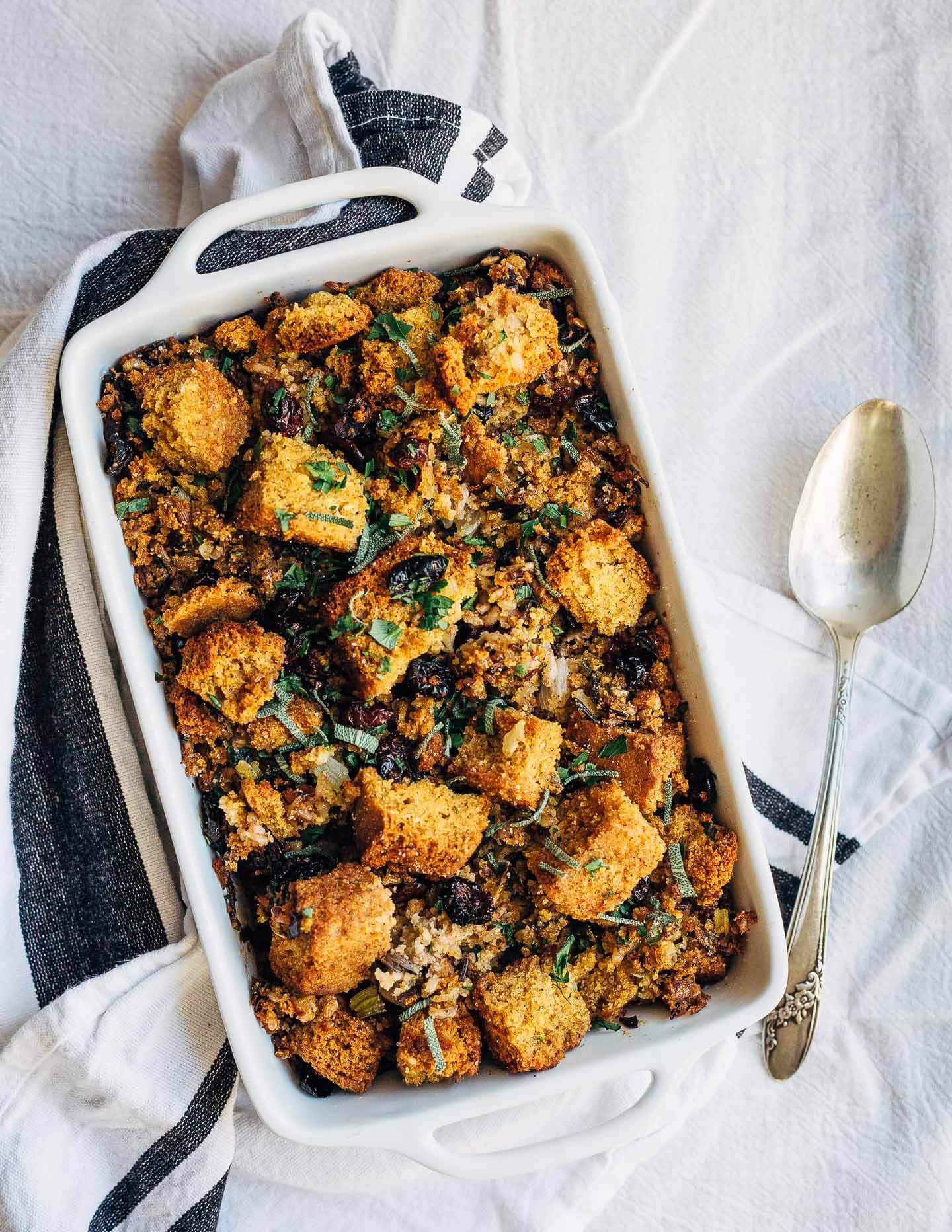 Note*: the linked vegan cornbread recipe contains a gluten-free option. If you don’t need a vegan recipe but do want a gluten-free one, I’m very partial to Ronni Lundy’s all-cornmeal, southern cornbread. I haven’t tried it, but Ronni Lundy’s recipe would probably work with vegan butter, flax eggs, and plant-based milk.