Save the season with this simple recipe for canned crushed heirloom tomatoes. 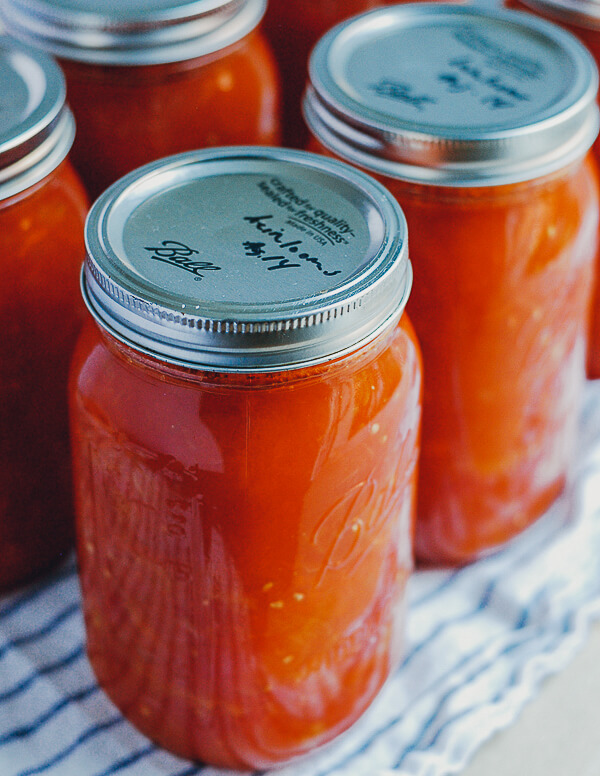 Peak tomato season in Virginia means there are expansive flats of heirlooms at every market. It also means that there are plenty of cast-offs. And, as far as canning’s concerned, it’s cast-offs you should be after. It may take some asking around, but you can generally find someone to sell you dented, bruised, or otherwise compromised tomatoes at cut rate.

In search of tomato deals, last weekend we piled in the car and drove down to the town of Scottsville for country prices.

We caught the tail end of the market – the wizened old man at the Jehovah’s Witness table was already packing up – but the rest of the market was quietly buzzing with its oddball mix of earnest young hippie types and older country folk with direct signage, like the one that reads simply “Rabbit Meat” with a helpful illustration of a rabbit (before it’s meat). We passed on the rabbit meat, but came away with two flats of mixed heirlooms for $15 bucks, weighing in at just north of 25 pounds. We also snagged the last dozen eggs, an heirloom watermelon, a dozen ears of sweet Virginia corn, and a few more odds and ends for another week of summer feasts. 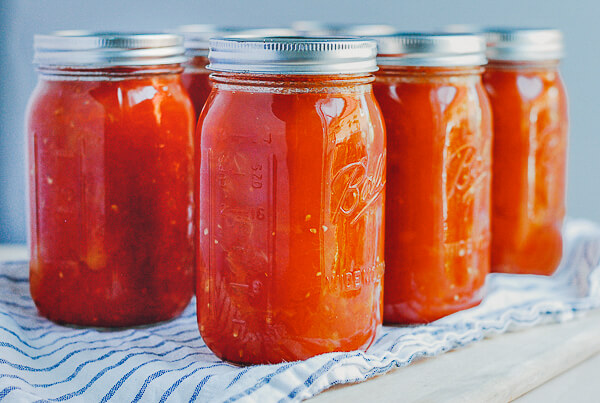 While in Scottsville, we strolled along the levee that protects the little town from the James River. Buses rolled up full of college students setting out for a day of tubing on the James. Our girls played happily at a riverfront playground. Rain was imminent and it lent our rambling summer morning a hint of urgency. Just as big raindrops plopped onto the windshield, we were buckled in and began the winding journey home, with a pleasant stop at a country junction for some of the best pizza I’ve had in Virginia. Pitchers of beer never hurt, either.

If you do score some bruised and dented tomatoes, you’ll want to turn around and can them right away. I selected the most urgent cases and put up a couple quarts over the weekend. Then I packed up and refrigerated the extras. It wasn’t ideal, but it meant they wouldn’t expire while I made time to get them canned. On Monday, I’m starting a more massive canning project with the remaining tomatoes.

When making canned crushed tomatoes, consider saving the tomato juices so you can make tomato water cocktails – get that recipe here. 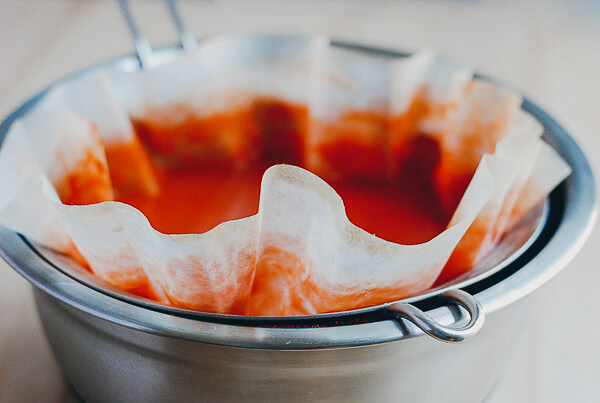 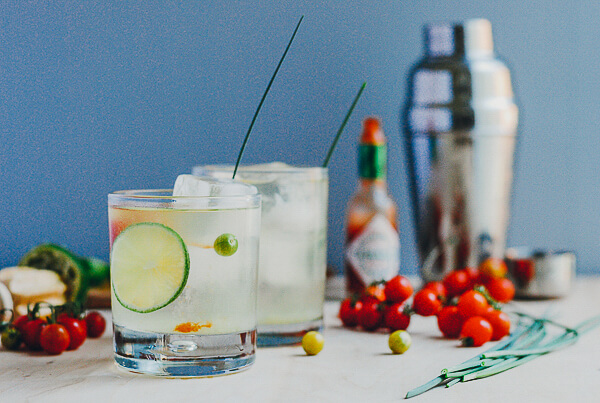 Heirloom tomatoes have a more watery consistency than paste tomatoes like Roma, but canned heirlooms can offer up a surprising hit of summer flavor in winter braises, sauces, or stews. If you’re new to canning, please review the Ball Canning website in detail before getting started. It’s also worth noting that sterilization guidelines for lids have changed – this recipe is adjusted accordingly. Finally, if home canning is intriguing to you, I highly recommend the Food in Jars cookbook by Marisa McLellan. You may also want to check out this post on tomato canning basics.

A simple recipe for making canned crushed heirloom tomatoes at home. This recipe details a 10 pound quantity of tomatoes, but you can adjust the recipe for however many tomatoes you have.

Weigh your tomatoes first, so you can estimate the number of jars you’ll need. 10 pounds of tomatoes yields about 4 quarts canned crushed tomatoes.